Historical Background
The Battle of Grumentum was fought in 207 BC between Romans led by Gaius Claudius Nero, and Hannibal's Carthaginian army. The battle was indecisive, and Nero marched north where he defeated and killed Hannibal's brother Hasdrubal at Metaurus.
Retrieved from "http://en.wikipedia.org /wiki/Battle_of_Grumentum"
The stage is set. The battle lines are drawn and you are in command. The rest is history. 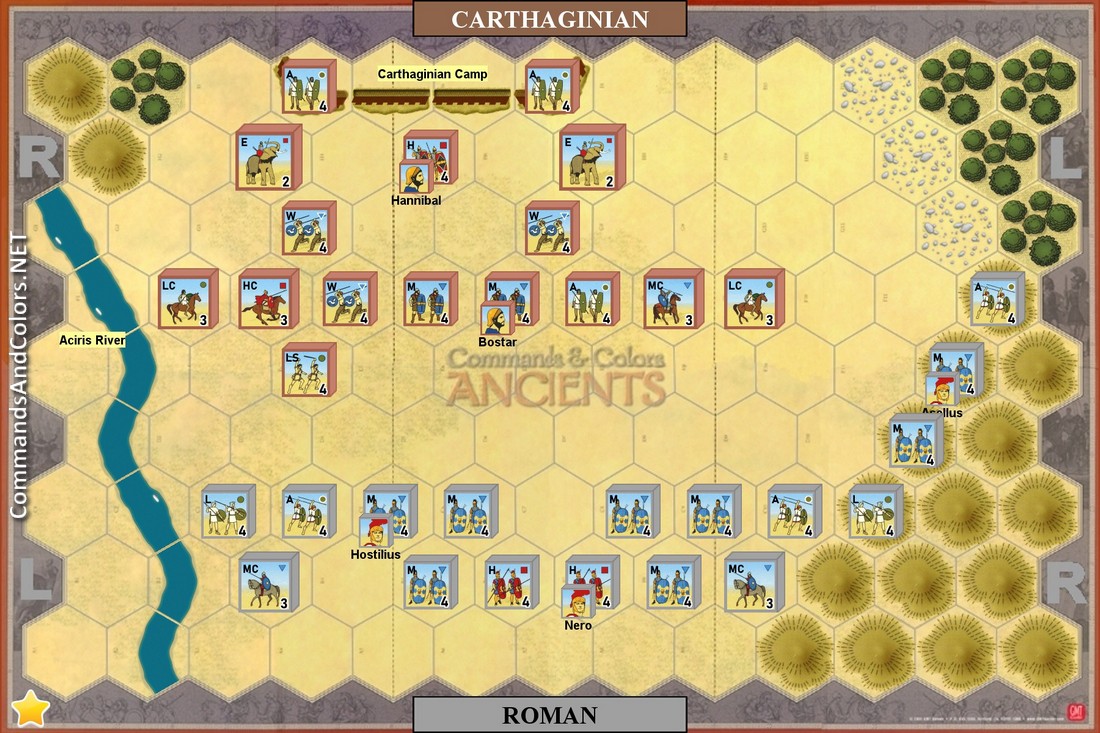 Mark-McG replied the topic: #1857 5 years 4 months ago
I think Hannibal could be a 6 Command here, the scenario seems to play pretty close, but Rome always is winning. Carthage Command 6 might balance it up a bit,
and Hannibal certainly deserving.
Read More...