Historical Background
Gnaeus Scipio had lost the advantage of numbers with the desertion of the mercenaries. Although unaware of Publius Scipio's fate, Gnaeus decided to withdraw towards northern Iberia after Mago and Hasdrubal Gisco arrived with their armies. The Romans moved out of their camp leaving his camp fires burning and made for Ebro at night. The Numidians located them the following day, their attacks forcing the Romans to take position on a hilltop for the night near Ilorca. The main Carthaginian army arrived the during the night, now made up of the forces of Hasdrubal Barca, Hasdrubal Gisco and Mago. In desperation, the Romans tried to create a defensive wall with baggages and saddles, as the ground was too stoney for digging. The Carthaginians easily overran this, and Gnaeus was killed in the fighting, most of his army was destroyed.
Retrieved from "http://en.wikipedia.org/wiki/Battle_of_the_Upper_Baetis"
The stage is set. The battle lines are drawn and you are in command. The rest is history. 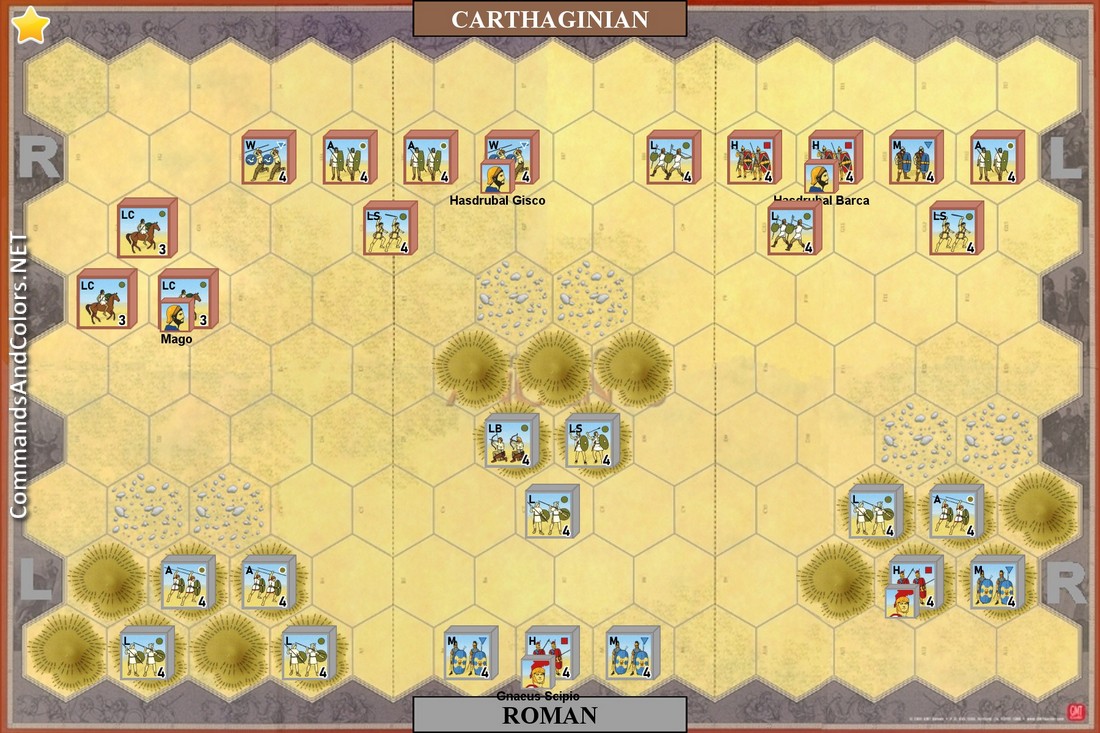 g1ul10 replied the topic: #3250 2 years 8 months ago
Played twice today. A 6-1 Carthaginian victory and a 6-3 Roman victory. I enjoyed it. This scenario forces the players to use all the array of their units. Aux are good on hills so here they are a valuable asset.

Mark-McG replied the topic: #2065 5 years 5 months ago
This scenario was Round 3 of the 2017 Open Tournament
8 Roman and 12 Carthaginian wins