Historical Background
Mago with some 35000 troops faced three Roman armies with as many as 60000 at their disposal. Mago boldly advanced into the valley of the Po river in spring 203BC. Mago faced off against Proconsul Cethegus and Praetor Varus with their two armies of some 44000 men. The battle began with a standard skirmisher duel. A brutal infantry fight ensued as the lines met. Mago's veterans were beginning to gain an advantage when Varus led the Roman cavalry against their flank. Mago countered with his elephants. The Numidian light cavalry then proceded to pursue the fleeing Roman horse. As the elephants engaged the first two legions, Cethegus brought up his two reserve legions. The fresh troops began to turn the tide. Mago's Celtic reserves were no match for these well-equipped legionaires. As some of the errant Roman cavalry began to return, Mago called a retreat. The orderly withdrawal turned into a rout when Mago was mortally wounded. Hannibal would have to fight at Zama without his brother... 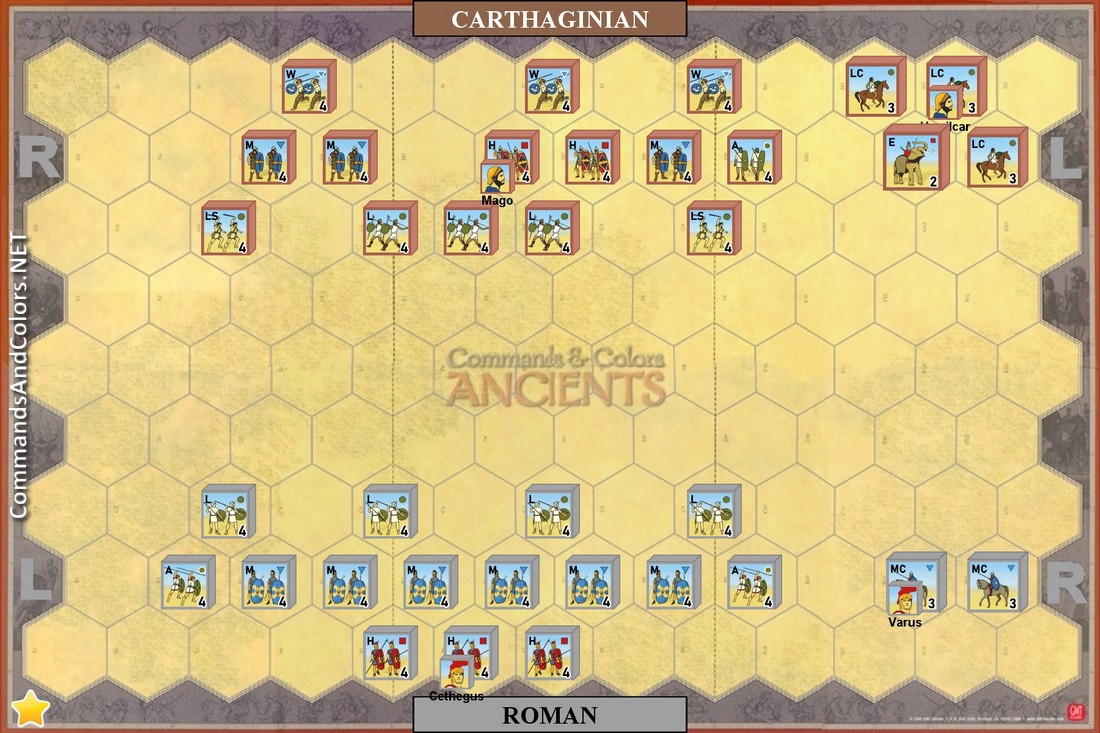