Historical Background
After the Roman disaster at Herdonia, Marcellus immediately broke camp and advanced against Hannibal, confronting him near Numistro in Lucania. Hannibal accepted the challenge and a fierce day-long battle ensued. The engagement ended in a draw, but Hannibal was first to march off the field, with Marcellus in hot pursuit.
The stage is set. The battle lines are drawn and you are in command. The rest is history. 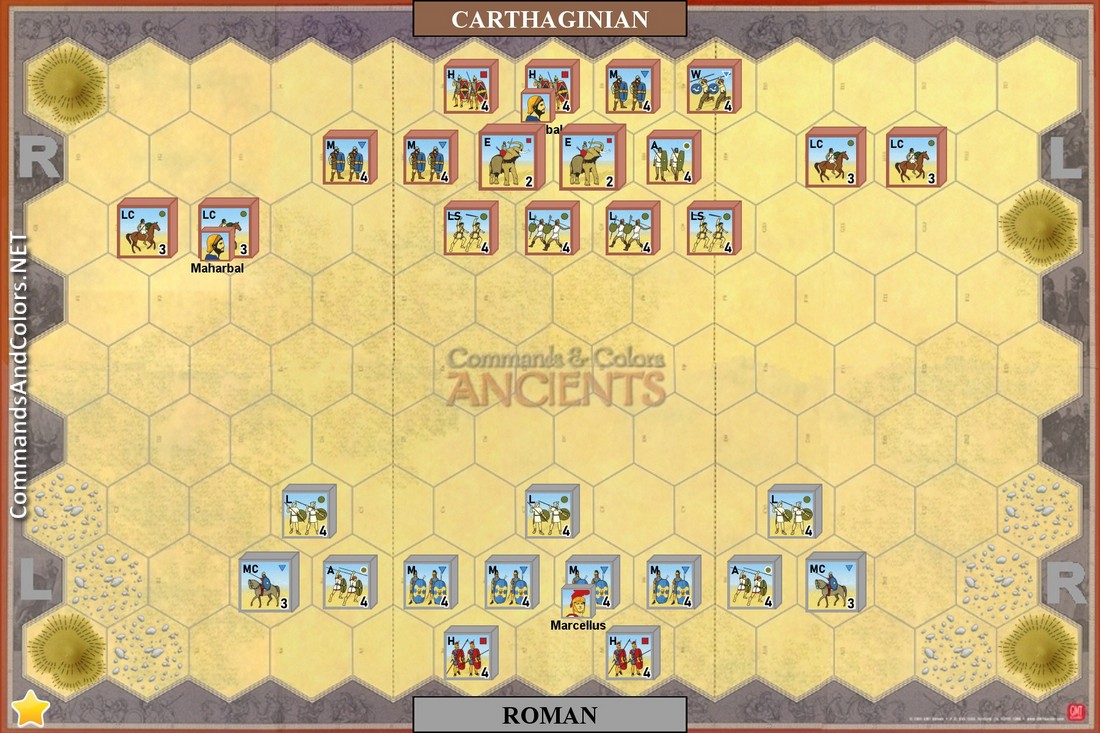