Historical Background
Hippocrates, with an army of 10000 foot and 500 horse, slipped through a Roman blockade and took the road to Agrigentum. He was unaware that Marcellus and his legion were arriving via the same road. Marcellus deployed quickly and attacked. Hippocrates and his army offered some resistance, but were eventually routed and only the cavalry was able to flee.
The stage is set. The battle lines are drawn and you are in command. The rest is history. 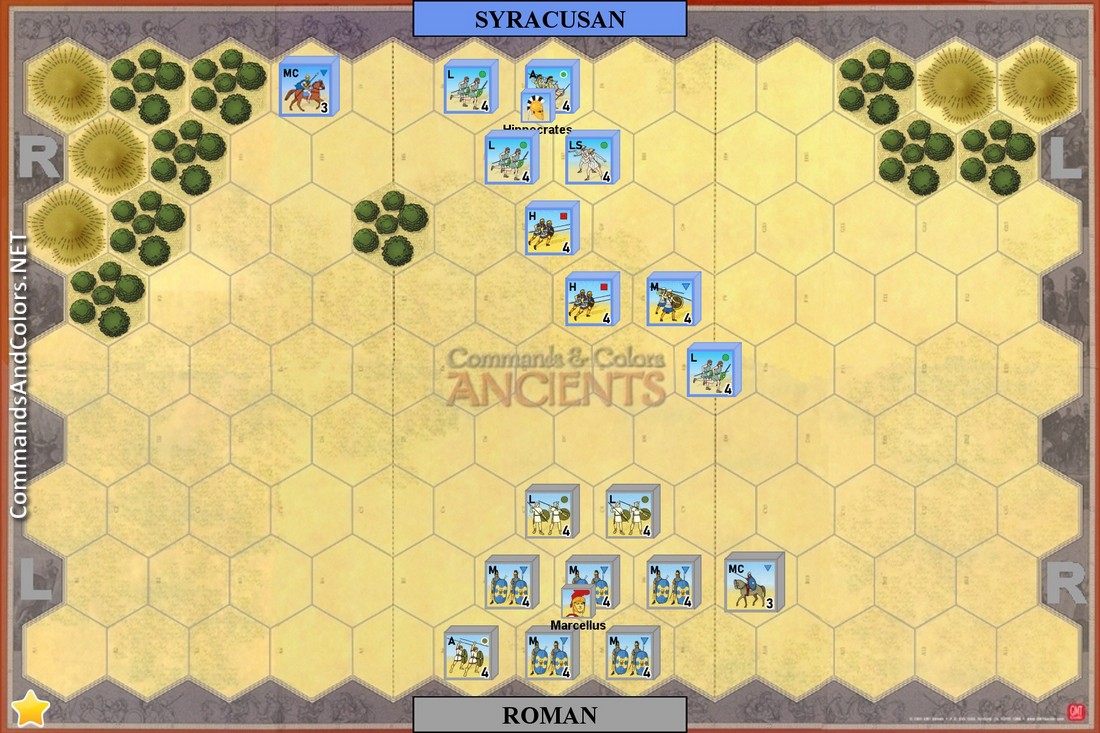 When a player plays a card that is designated specifically for either right or left section, he must define whether it will be applied to left, right, or center, as he sees fit.