Historical Background
As Hannibal approached the town of Nola, Marcellus tried to out-Punic the master. He sent Nero with a picked force of cavalry and light troops on a night march to circle around and fall on Hannibal's rear. Marcellus marched out of Nola and faced Hannibal with two legions. A fierce battle ensued, but Nero never showed. Reluctantly, Marcellus withdrew back into the city.
The stage is set. The battle lines are drawn and you are in command. The rest is history. 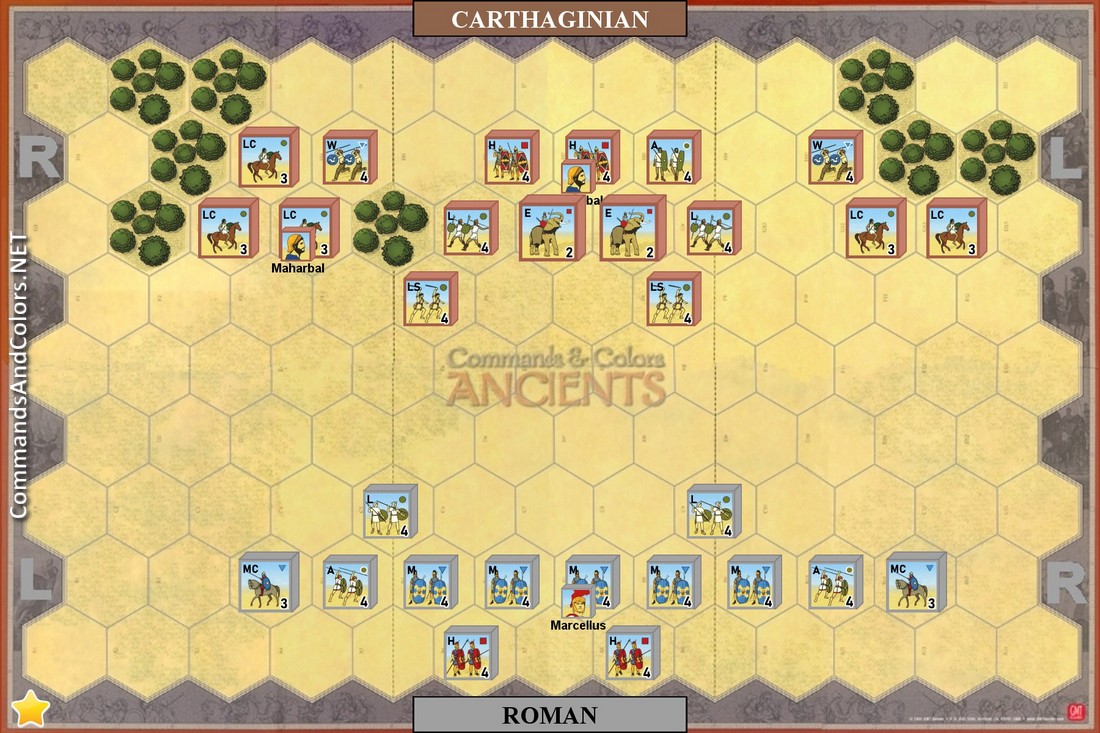 Special Rules
Nero was sent on a flanking march and arrived too late. To give him a chance to redeem himself, I have added this rule. If the Roman player has an "I am Spartacus" card, he can play it as normal or use it to enter Nero's detachment. Play of the card as such, gives orders to Nero and all his units this turn. Nero's force consists of one leader, one medium infantry, one light infantry, and two medium cavalry. They are set onto a baseline hex on the Carthaginian side of the battlefield. This placement counts as the first hex of movement. Should these units have to retreat, they must retreat toward the Roman side. The one die bonus is applied as normal. The deck is then reshuffled as per the normal card instructions.