Historical Background
"Hasdrubal had about 25000 foot, 2000 horse and 20 elephants. Some 2000 of his infantry would have been left behind to guard his camp. Manlius Torquatus had 22000 infantry and 1200 cavalry with a camp guard of similar size. Hasdrubal deployed his army into two wings - the Carthaginian expeditionary force on one side and the Sardinian levies on the other. The battle was hotly contested, the fighting reportedly lasting four hours. The Carthaginian wing was having the best of it on its side, while the Romans gradually gained the upper hand over Hampsicora's levies. Finally, the Sardinians were routed. The Roman legion which overpowered the Sardinians next swung around to fall on the flank and rear of the Carthaginian wing. The African and Iberian mercenaries were trapped and practically annihilated. Romans counted 12000 slain on the battlefield and took 3700 prisoners." - taken from GBoH C3I article by Dan Fournie, copyright GMT Games and RBM Studios.
The stage is set. The battle lines are drawn and you are in command. The rest is history. 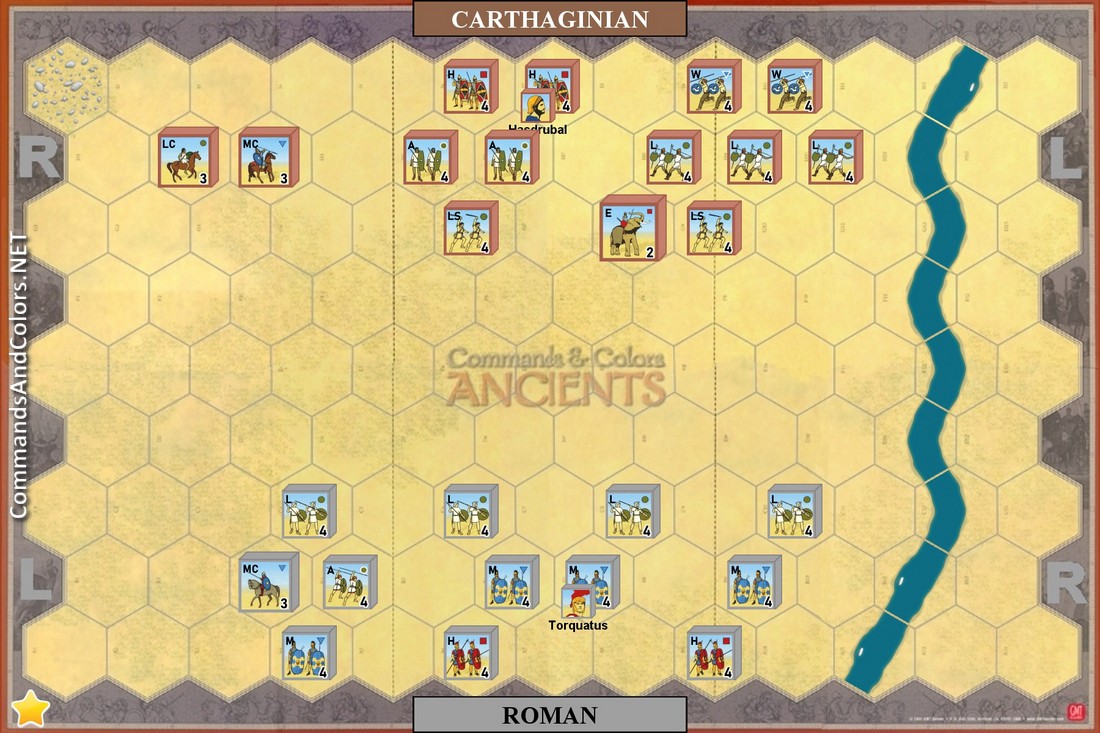