Historical Background
"Following Scipio's victory at Great Plains, Laelius and Masinissa caught up with the Numidian King Syphax somewhere on the way to Cirta, his capitol. The impetuous Masinissa advanced ahead with his horsemen and began an immediate assault on his rival, Masaesyles. Syphax initially had the best of this cavalry fight, with superior numbers and infantry support. Then Laelius arrived and brought up the Roman cavalry and velites to support Masinissa's faltering attack. Syphax's army continued to fight for awhile, but then buckled, routed and fled." - taken from the Equus GBoH module as seen in C3I magazine, copyright GMT Games and RBM Studios.
The stage is set. The battle lines are drawn and you are in command. The rest is history. 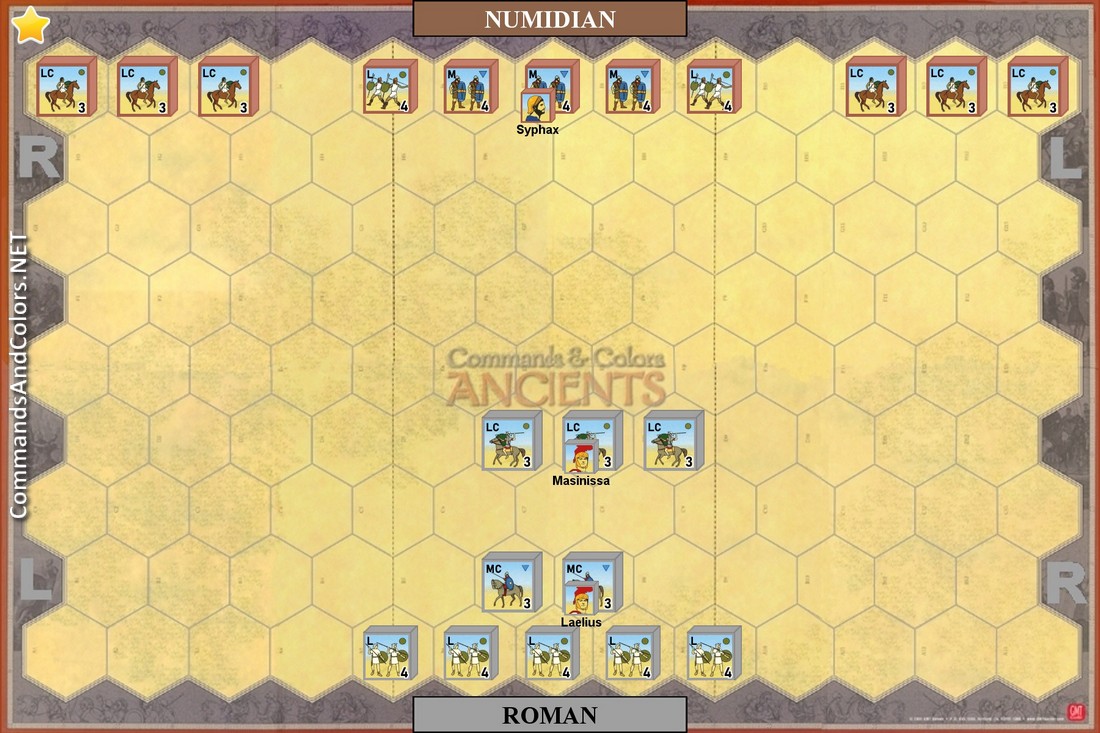 Special Rules
When a player plays a card that is designated specifically for either a right or left section, he must define whether it will be applied to left, right, or center, as he sees fit.

There are no heavy units in this battle. Therefore, if a "Order Heavy Troops" card is drawn, discard it and draw another.

GF1954 replied the topic: #2677 4 years 5 months ago
Played this twice, with the Carthaginians winning both by the scores of 4 - 2, and 4 - 3. The medium Carthaginian infantry was the difference in both.
Read More...