Historical Background
“About the same time as the siege of Cumae was raised Tiberius Sempronius surnamed Longus*, fought a successful action near Grumentum in Lucania against the Carthaginian commander Hanno. He killed over 2000 of the enemy with a loss to himself of 280 men, and captured 41 military standards. Hanno, forced out of Lucania, withdrew into Bruttium.”

* Longus was the same Roman noble who as consul led the Roman joint consular armies to a major defeat at the hands of Hannibal at the Trebia in late 218 BC. 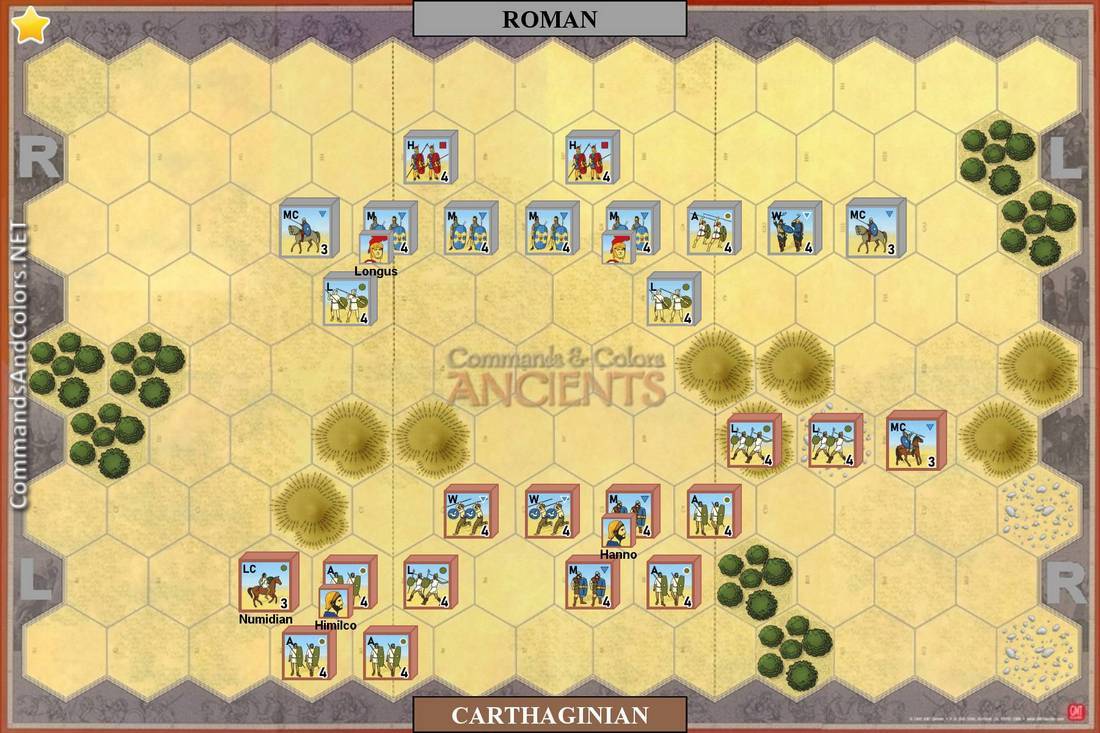 Numidian Cavalry: The Carthaginian Light Cavalry unit only retreats two hexes per Flag result taken or inflicted—in battle back only it also hits on swords regardless of opponent.

Scenario Note: Since little is known of this battle it is assumed that the two armies run into each other while marching near a range of small hills somewhere in Lucania and the Romans manage to get into battle order first while the Carthaginians are still forming up some of their troops.