Historical Background
Following the decisive victory of the Scipio brothers at Dertosa (215), Carthage sent out 13,500 reinforcements for Hasdrubal Barca under his brother Mago. Hasdrubal reorganized his command of 18,000 men into three small armies, one under his command, one led by Mago and the third under their nephew Hamilcar. Once the Romans had retired north of the Ebro River for the winter, the Carthaginians struck back in late autumn (215) and besieged Iliturgi, a Roman garrisoned city. Each Punic commander set up a separate camp around the city. The citizens of Iliturgi and their Roman garrison soon suffered from hunger, as they had been caught unprepared. Gnaeus and Publius Scipio marched to the scene with two legions, about 18,000 troops, to lift the siege. Upon arriving, the Scipios decided to assault Hasdrubal’s camp first, as it was the largest and the key to breaking the siege. As the assault on Hasdrubal’s camp climaxed, the armies of Mago and Hamilcar arrived and the fighting spread out and intensified. Ultimately, the Romans emerged victorious, overrunning the camp and breaking the siege. However, the casualties were probably about equal on both sides. Since Rome was hard-pressed by Hannibal in Italy, the Carthaginians could more easily replace their losses, and benefited from such battles of attrition. On the other hand, Carthage needed a decisive victory before reinforcements could be sent to Hannibal in Italy. The campaigns of these five armies continued for another four years. 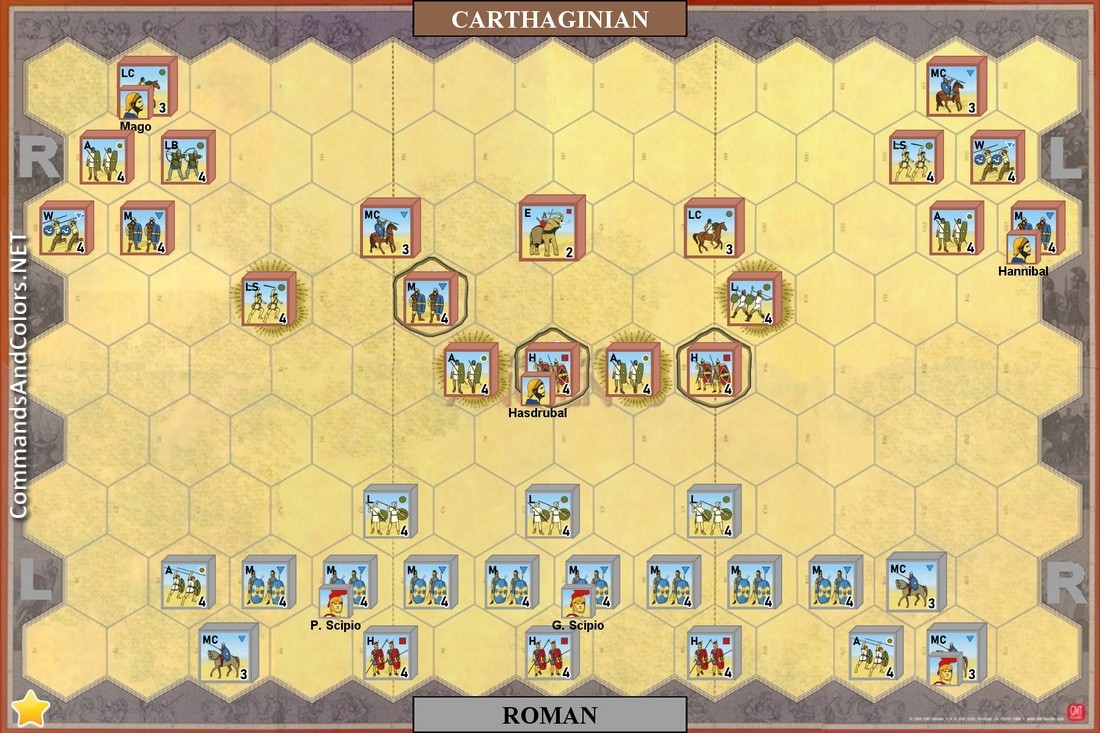 Special Rule
A roman unit that captures a camp hex counts as a Victory Banner for the Roman player. The camp hex marker is then removed..