Historical Background
As the Second Punic War began (218 BC), Hannibal first conquered northern Spain. Before heading to Italy, he left his brother Hasdrubal with about 15,000 men in southern Spain and Hanno with 11,000 men in the north. The consul Publius Scipio had been assigned an army of 24,000 with which to invade Spain and defeat Hannibal. However, when Scipio arrived at Massilia, he vvas shocked to discover Hannibal's army vvas headed to the Alps. Publius returned to defend Italy, but he sent his army on to Spain under his elder brother Gnaeus. The Romans were not expected so late in the year, and quickly overran northern Spain and then advanced on Hanno's camp at Cissa. Hanno had been reinforced with a few thousand Illergete warriors under Indibilis. Although stili heavily outnumbered, Hanno decided to occupy a strong position on high ground rather than retreat to join Hasdrubal. Gnaeus Scipio did not hesitate and charged his army up the heights in a frontal assault. The fighting was brutal, but the outnumbered Carthaginians were eventually driven off the heights in flight. Reportedly, Carthage lost 6,000 killed and 2,000 captured, including both Hanno and Indibilis. Despite suffering heavy losses, the Romans had the victory. The Romans had established a foothold in Spain. Indibilis was later released, an act of clemency Gnaeus Scipio soon carne to regret. Publius finally arrived a year later, bringing a third legion of 8,000 reinforcements. Each of the Scipio brothers could now command his own army in Spain.
The stage is set. The battle lines are drawn and you are in command. Can you change history? 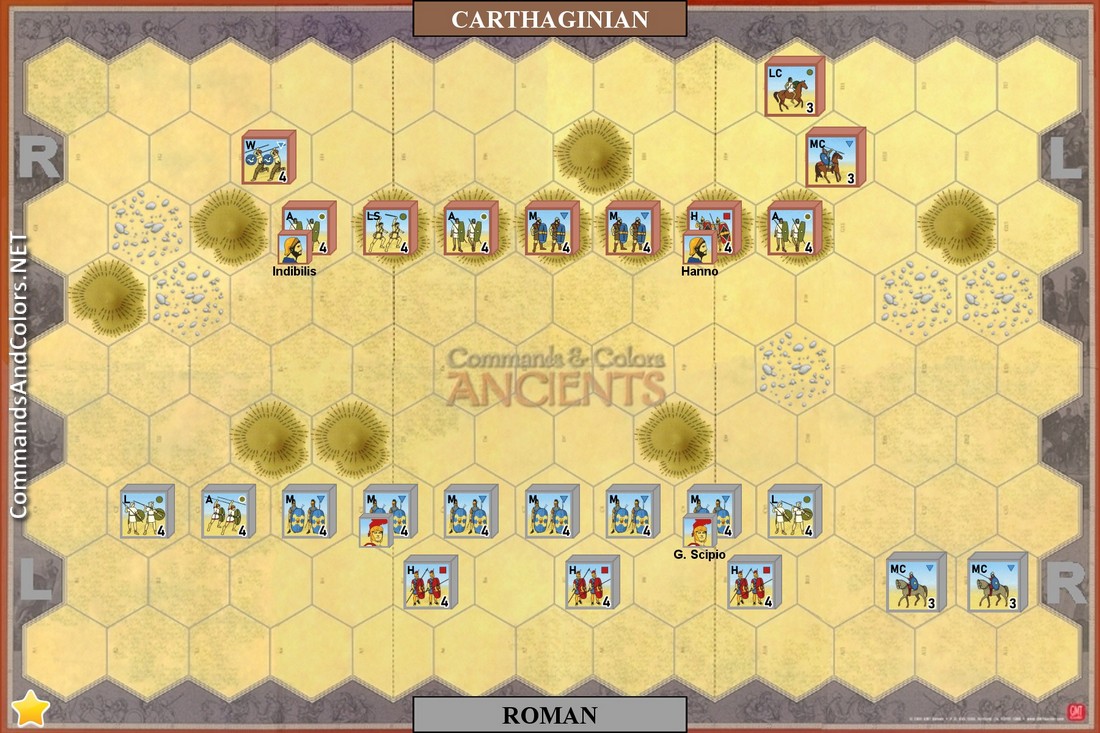