Historical Background
Following the defeat at Iliturgi, the Carthaginians made an unsuccessful attempt against Intibili, and then withdrew to the south. Early in the spring (214) they dealt with a major Iberian uprising, crushing the rebel army and re-imposing Punic authority. Many more Roman allies would have defected if Publius Scipio had not hurried south with one legion, about 10,000 men. Scipio camped near Castrum Album, famous as the site of Hamilcar Barca’s death fourteen years earlier. Hasdrubal, Mago and Hamilcar infiltrated the surrounding area undetected. They brought only fast-moving light infantry and mounted troops. When Publius Scipio advanced from Castrum Album towards his brother Gnaeus’ camp, he was beset by Punic skirmishers and Numidian horsemen. The light Carthaginian forces showered the slow moving Roman column with javelins, sling-stones and arrows. Whenever, the Romans charged, their opponents melted away. Publius’ command was in danger of annihilation, and he just barely cut his way through to the safety of his brother’s camp. Over 2,000 Romans were left dead along the route of his march, and many of the survivors were wounded. It was a clear Carthaginian victory. Hasdrubal, however, was unable to exploit the superiority of his Numidians for long, as a major revolt broke out in Africa and many of his elite cavalry deserted. The campaigns of the five armies would continue until both Roman armies were destroyed and both Scipio brothers killed at the battles of Castulo and Ilorca (211). 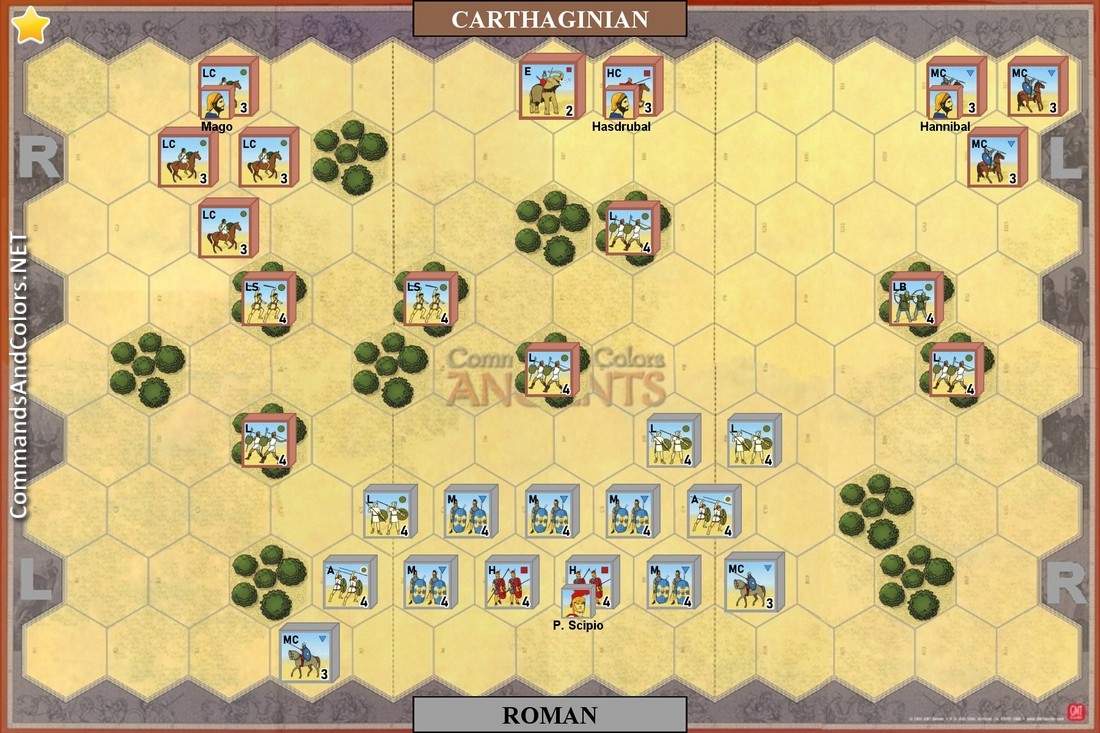 Victory
6 Banners
The Roman player must exit at least 1 unit off the Carthaginian side of the battlefield to win. If the Roman player gains 6 victory banner  first but a unit has not exited, the battle is a draw. The hexes on the Roman right section are the exit hexes. A Roman unit that exits counts as 1 Victory Banner for Rome and the unit is removed from play.