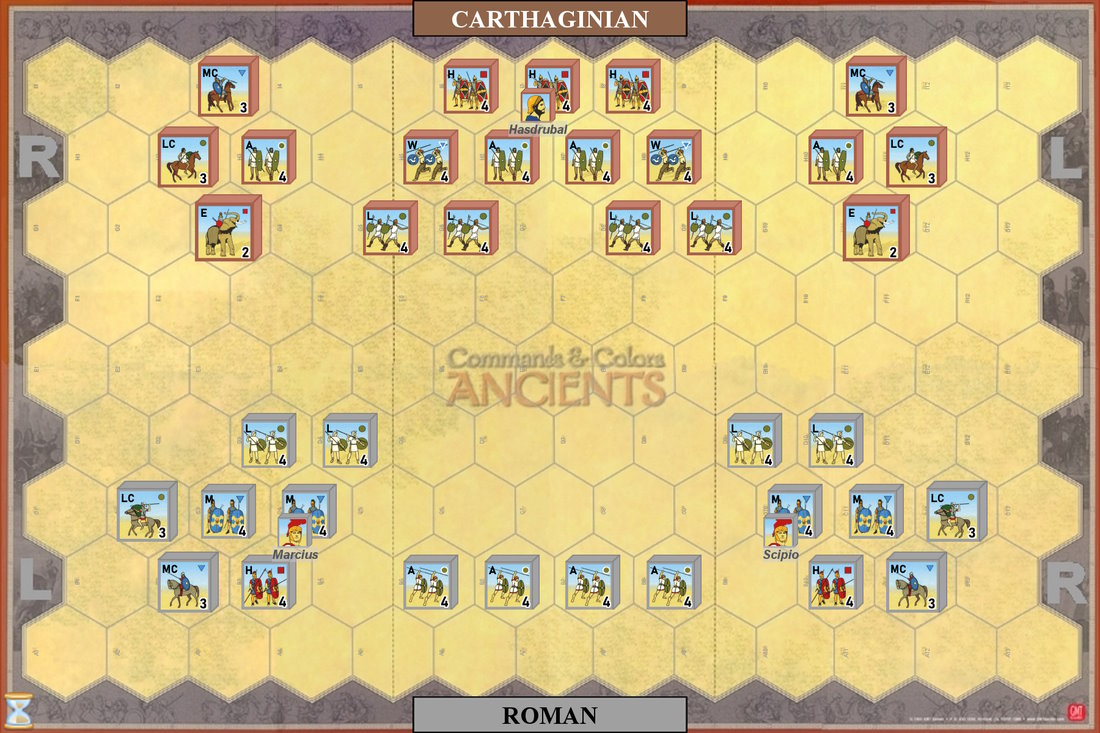 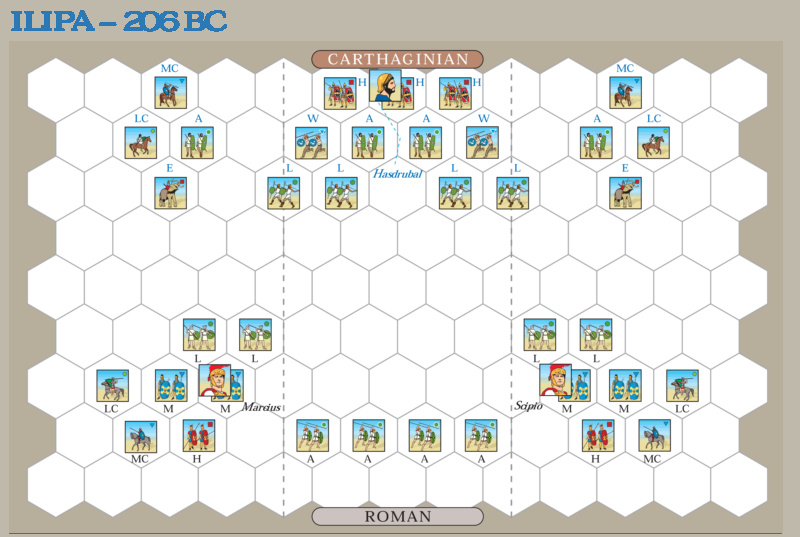 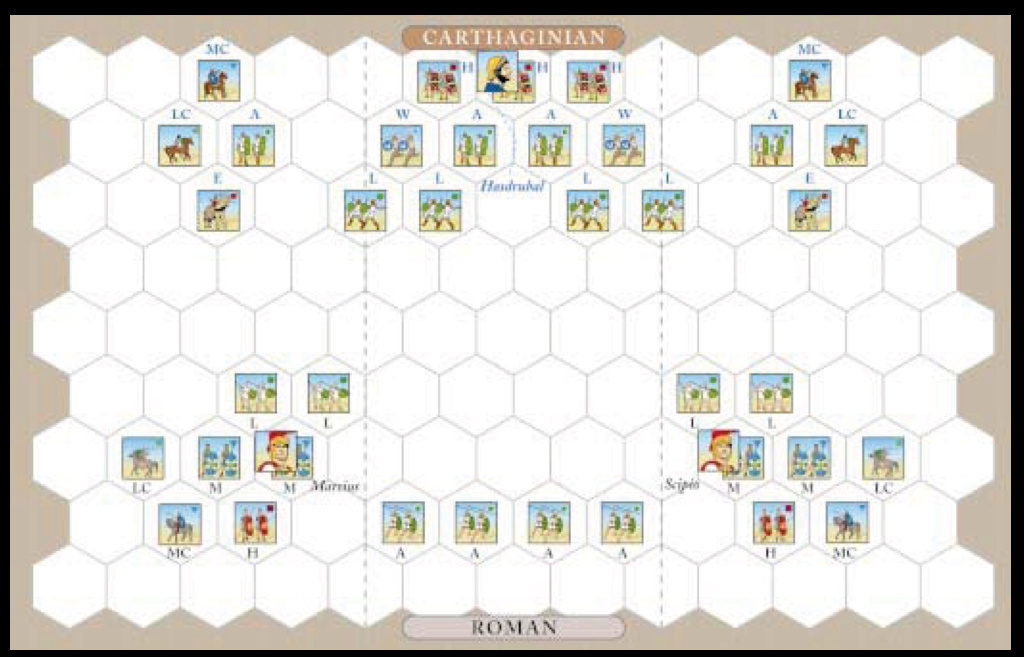 clavain replied the topic: #3840 1 year 1 month ago
7-2 Rome. Cards came up perfect for the Romans and they were able to order light troops and shoot the elephants on both flanks causing rampages two turns in a row. Carthaginian right flank disintegrated, and they had little luck with counterattacks, but managed to move their heavies up into the centre. Rome then got Order Medium Troops and Line Command and managed to move up most of the foot into contact just in time to draw Clash of Shields. Game over.
tlangston28 replied the topic: #2817 3 years 4 months ago
Hi all,

GF1954 replied the topic: #2670 3 years 8 months ago
Carthage wins 7- 6 in a very close contest. True to life, the Romans attacked on the flanks. But in the end, Carthage finally pushed through in the center for the win.
Valvorik replied the topic: #1980 5 years 2 months ago
Rome eliminates Carthage's elephants with light missile fire before they can accomplish anything. Despite Carthage advancing its main centre body with repeated line advances, the Romans drive against the 'centre flanks' and eliminate auxiliaries and light troops, their officers leading medium foot to repeated victories. 7:2 Roman victory.

religon replied the topic: #979 11 years 6 months ago
The first couple of turns involved the Romans pushing forward on both flanks and the Carthaginians pushing the center to aid the beleaguered right flank. Both sides were able to move medium and heavy infantry forward and inflict heavy loses. Both elephants were lost without inflicting much damage to the Romans as the Romans pressed the flanks aggressively and the Carthaginians were scrambling to engage units from the center rather than move the elephants forward. Some lucky shooting did the elephants in.

Mark-McG replied the topic: #675 12 years 6 months ago
For what was a sweeping victory for Scipio, this scenario plays out very closely. Carthage has a nice selection of units, and the elephants can win this one for Hasdrubal.