Historical Background
Mago Barca began the Second Punic War as a subordinate commander under his brother Hannibal. In 215 he was given command of his own army, and sent to Spain to reinforce his other brother, Hasdrubal. Mago fought a series of campaigns against the Romans under Gnaeus and Publius Scipio. In 213 Hasdrubal Barca was recalled to Africa to suppress a revolt, leaving Mago and Hasdrubal Gisgo to carry on the fight. Seeing the Carthaginians weakened by the loss of an army, the Scipios went on the offensive. While Publius besieged Saguntum, Gnaeus Scipio advanced into the valley of the Baetis in 212. Hasdrubal Gisgo sent Mago into the interior to raise reinforcements, while engaging Gnaeus in a series of battles. The Romans won at Iliturgi on the Baetis, but Gnaeus was badly wounded at the drawn battle of Munda. Just then Mago returned with a band of mercenary Gauls under their kings Vismarus and Moenicaptus. The two armies clashed at Orongis (AKA Aurinx). Scipio had one reinforced legion, with some Iberian allies, about 14,000 men in all. Mago’s army was smaller, totaling around 12,000 troops and a few elephants. Nevertheless, the Gauls were eager to fight, as was Mago. Scipio had to be carried into battle on a litter. The battle was fiercely fought, and most of the Gauls went down fighting. In retreating, Mago salvaged the remainder of his army. Gnaeus Scipio had the victory, but Mago was not entirely displeased. His Gaullic mercenaries had slain hundreds of Romans, and now he didn’t have to make good on their payroll. Gnaeus’ victory was his last, as the Scipio brothers were to meet their doom within a year at Castulo and Ilorca. The stage is set. The battle lines are drawn, and you are in command. The rest is history. 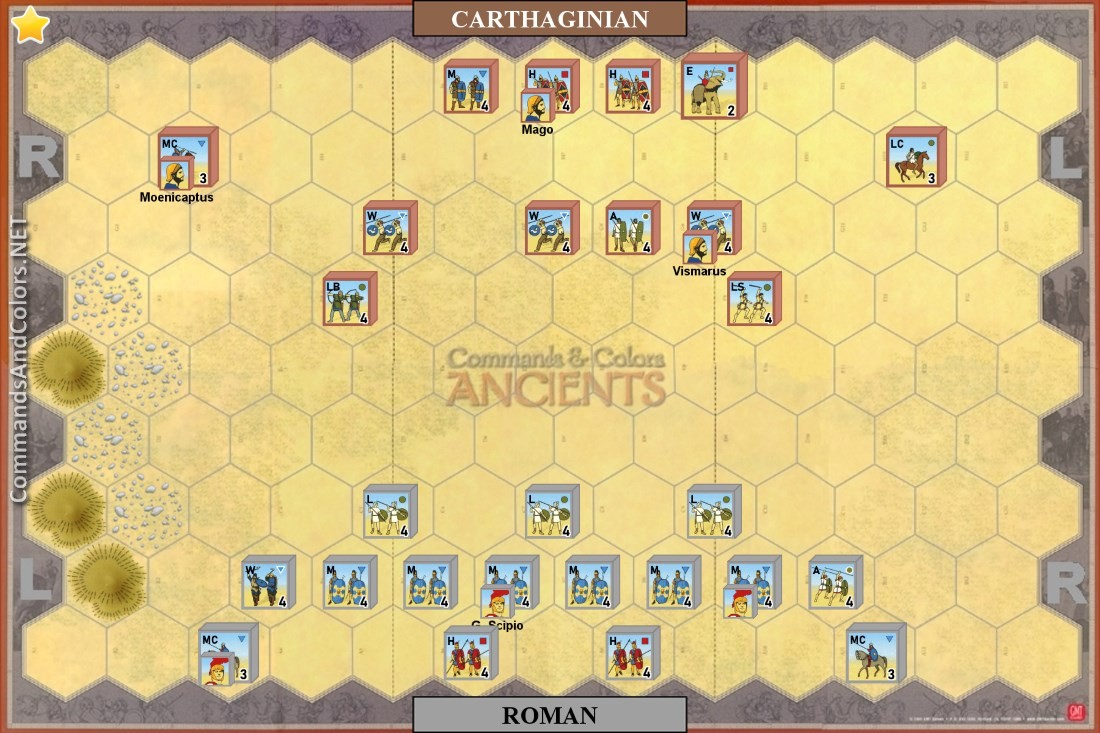