Historical Background
In 222BC the consuls Marcus Marcellus and Gnaeus Scipio were allotted the province of Cisalpine Gaul to carry on the war with the Celts. They joined their four double legions to besiege the Insubres Celtic stronghold of Acerrae. The Celtic King Britomartus responded by leading an army of 10000 Gaesatae and Insubres warriors into the area around Clastidium, a Roman stronghold. Marcellus took two thirds of the cavalry and a picked force of velites and surprised Britomartus be offering battle. In decidedly un-Roman fashion, Marcellus rode out ahead of his army to engage the Celtic king in single combat. The two charged each other and Britomartus fell with one thrust of the lance. Marcellus became only the third Roman commander to kill an enemy king in hand to hand combat and despoil him of his armor. He then rejoined his detachment and led them to an astonishing victory over the much larger, but now demoralized, Celtic army. 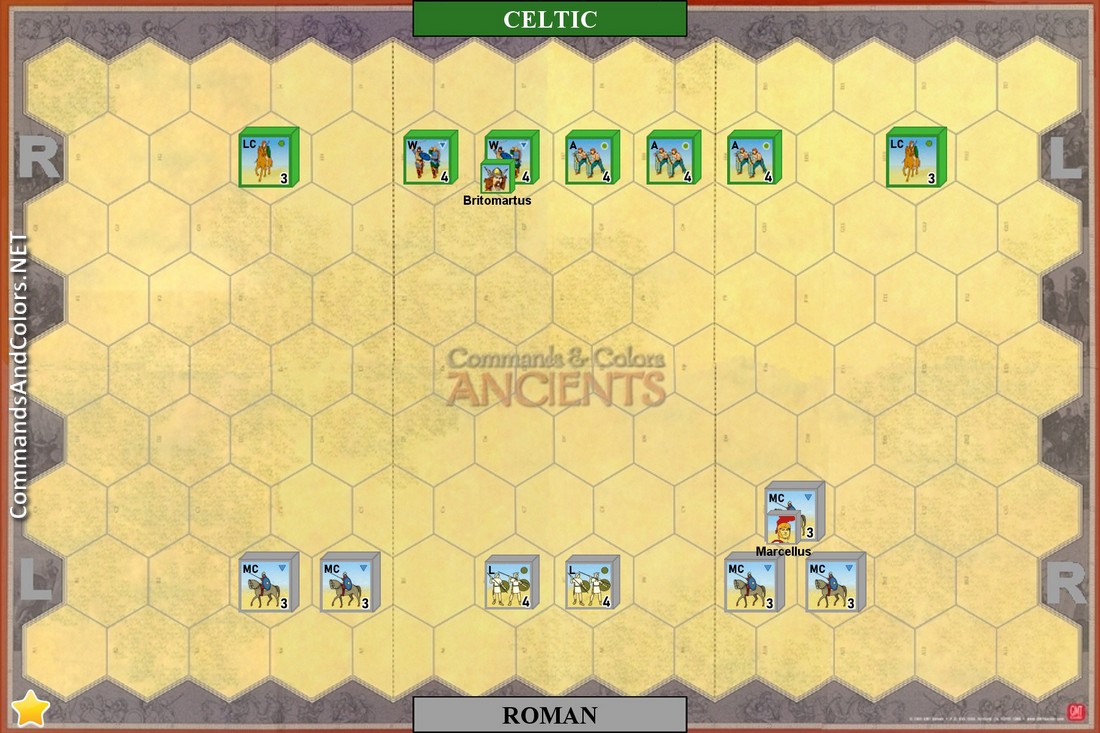 Special Rules
There are no heavy units in this battle. Therefore, if a "Order Heavy Troops" card is drawn, discard it and draw another.