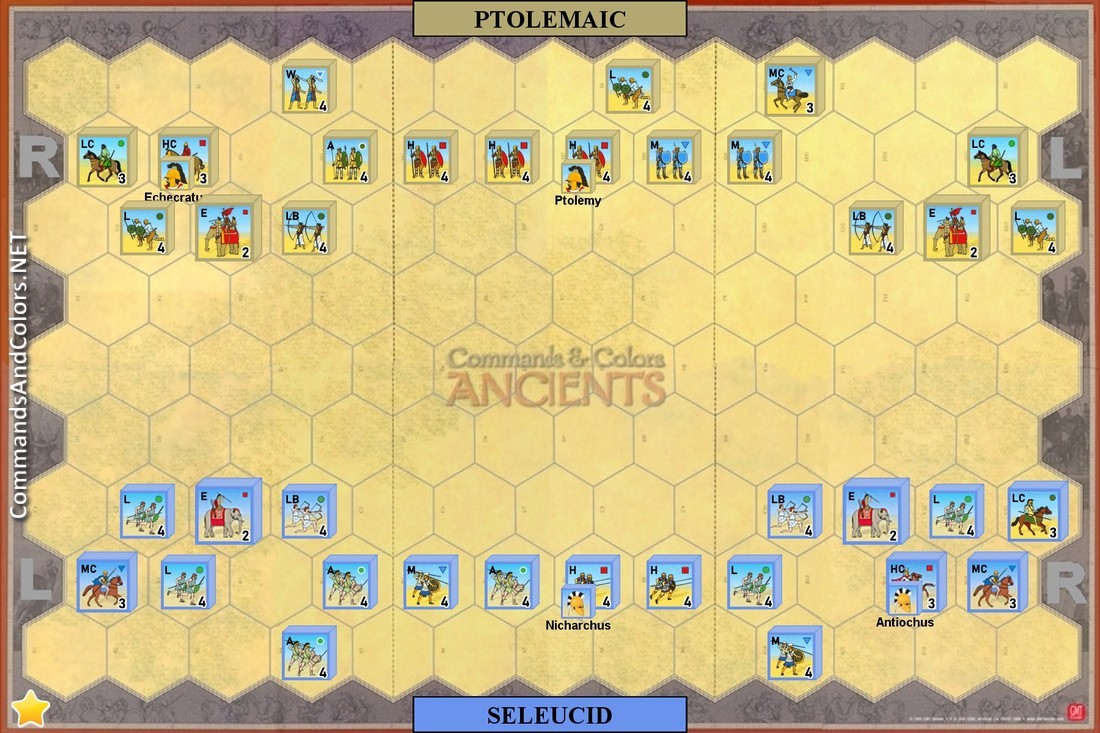 elrohirthehasty replied the topic: #3546 2 years 2 months ago
Ptolemy killed by Antiochus's elephants early in the game! Most fighting on the flanks early, then only in the middle at the end. Lack of a leader in the center enabled Ptolemaic defeat.
Valvorik replied the topic: #3504 2 years 3 months ago
Two plays, wins for Ptolemy each time but each time narrowly. The high victory banner requirement meant the battle went back and forth quite a bit.

Stanislav27 replied the topic: #2683 4 years 1 week ago
6 battles in the fifth round of our boardgame group's CCA tournament: 3 wins for each army.