Historical Background
The Carthaginian senate recalled Hanno the Great who scraped together additional reinforcements. He joined Hamilcar in one final attempt to put an end to the war. After some skirmishing, garrisons and detachments on both sides were called in as the armies maneuvered for a decisive set piece battle near Leptis. The Carthaginians massed 15,000 infantry, 5,000 cavalry, and a strong corps of elephants. Mathos had around 30,000 men, mostly Libyans with only a few thousand veteran mercenaries remaining. His Libyan allies brought light cavalry and chariots. Hamilcar's superior mounted force, civic and Numidian cavalry and elephants, proved too much for the rebel force. Mathos was captured and the rebels defeated. The war had lasted four long years and had been especially hard on commanders on both sides. Only Hamilcar, Hanno and Naravas survived. The duplicitous Romans had taken advantage of Carthage’s troubles to seize the ancient Punic province of Sardinia. But Hamilcar Barca was not done fighting. Soon after this battle he gathered up his veterans and marched for Spain. In the far west, he would raise a new army to challenge Rome. He also raised three sons—Hannibal, Hasdrubal and Mago, each of whom would one day invade Italy to battle Rome.
The stage is set. The battle lines are drawn and you are in command. The rest is history. 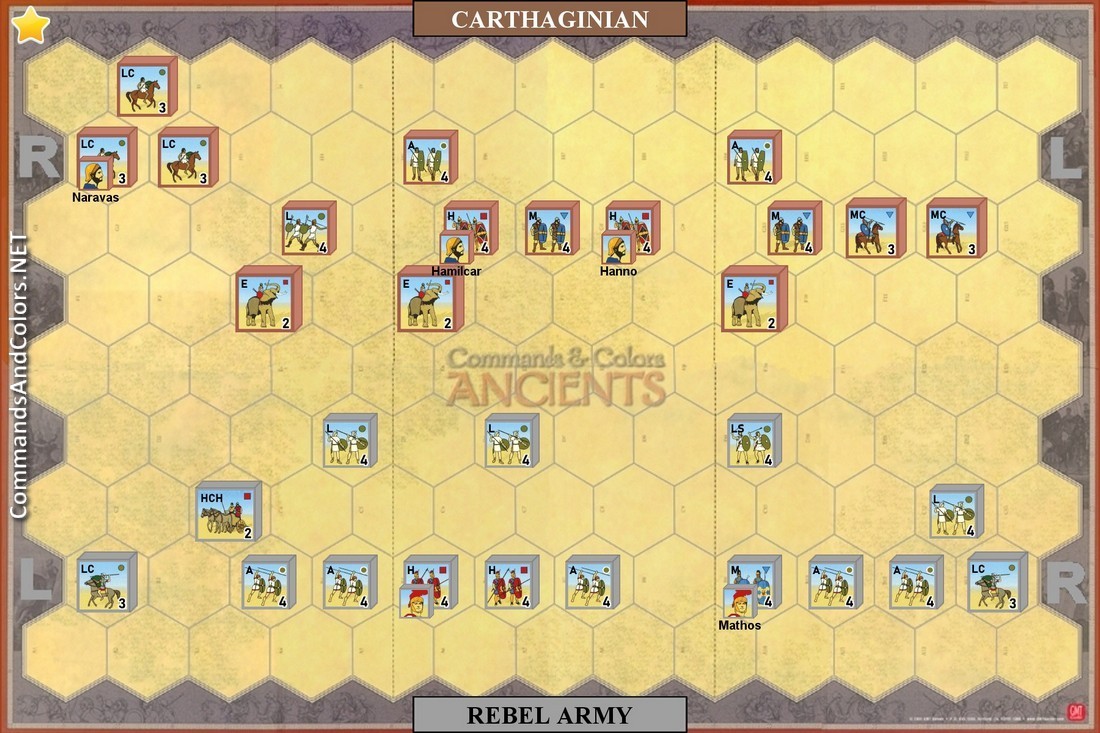