Historical Background
In the aftermath of Hippacritae, many rebels began to desert to Hamilcar. In response, Mathos and Spendius tortured and executed their Carthaginian prisoners, including the general Gisgo. Hamilcar responded by having his rebel prisoners trampled by elephants. It was this cycle of atrocity and retribution that gave the rebellion its name, the “Truceless War.” Hard fighting went on until Hamilcar trapped the main rebel army in a canyon known as the “Saw.” Here the Carthaginians defeated and massacred a large number of rebels. Spendius, Autaritas and Zarzas were captured. The war seemed almost over, the only rebels that remained were with Mathos at Tunis. Hamilcar encamped on one side of the city and his new deputy Hannibal (not his famous son) camped on the other. During the siege, Hannibal had the captured rebel leaders crucified on a hill in front of his camp. This latest atrocity enraged the rebels into a vengeful frenzy. Mathos launched a surprise attack, which overran Hannibal's camp. Hannibal himself was taken prisoner. Rebel vengeance came soon after. Mathos had Hannibal crucified and another 30 noble Carthaginian prisoners were executed and laid at Spendius’ feet. Following Mathos’ victory, the rebellion flared up once more and the war continued.
The stage is set. The battle lines are drawn and you are in command. The rest is history. 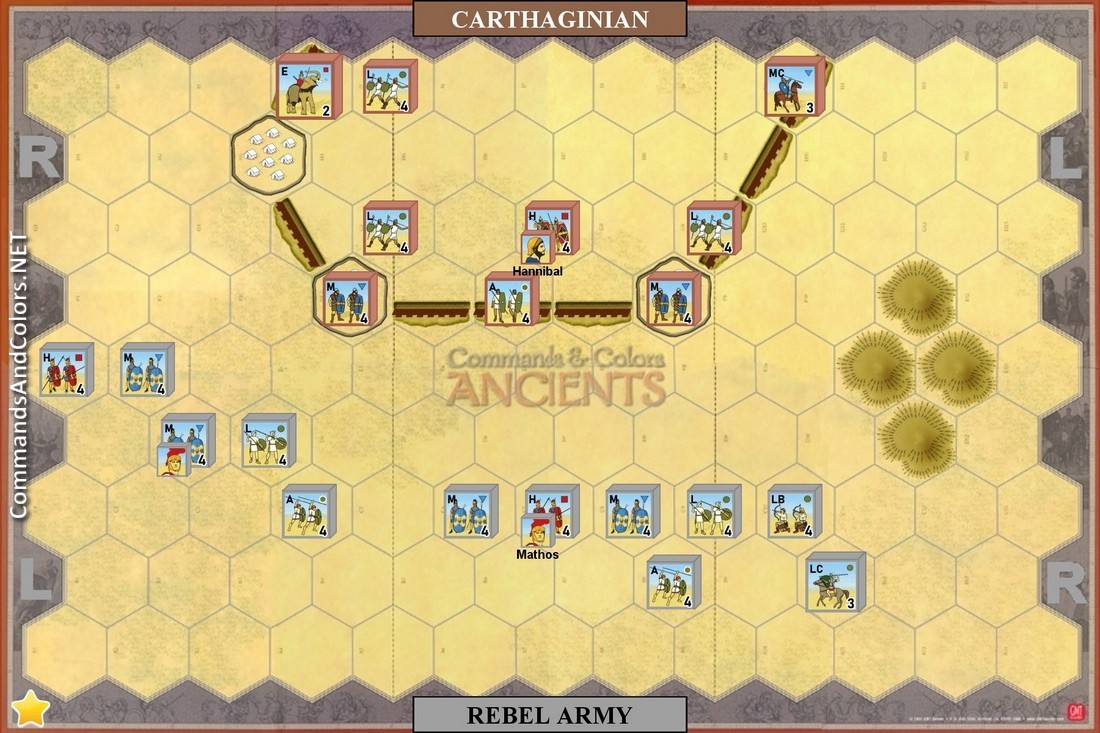 in hand for the rest of the battle.

Victory
5 Banners
Or the Rebel Army wins if Hannibal is killed.