Historical Background
Hamilcar, after his victory at Utica, traversed the countryside taking towns and villages back into the Carthaginian alliance. Mathos, the rebel leader, dispatched Spendius with 6,000 crack mercenaries and Autaritas with his band of 2,000 Gaul warriors. Libyan volunteers under their king, Zarzas, swelled the rebel army to over 20,000 men. Hamilcar had received limited reinforcements and was badly outnumbered. At first, he avoided battle. Then out of the blue, the Numidian prince Naravas rode into Hamilcar’s camp with 2,000 crack light horsemen. Hamilcar was now ready for a set piece battle with the two rebel leaders. When the two forces joined Hamilcar's elephants and the Numidian light horsemen fought with distinction. Their well executed attacks led to the rout of the rebels. Some 10,000 rebels were reported killed, and 4,000 captured. After the battle, many of the captives were pardoned and joined, Hamilcar's army.
The stage is set. The battle lines are drawn and you are in command. The rest is history. 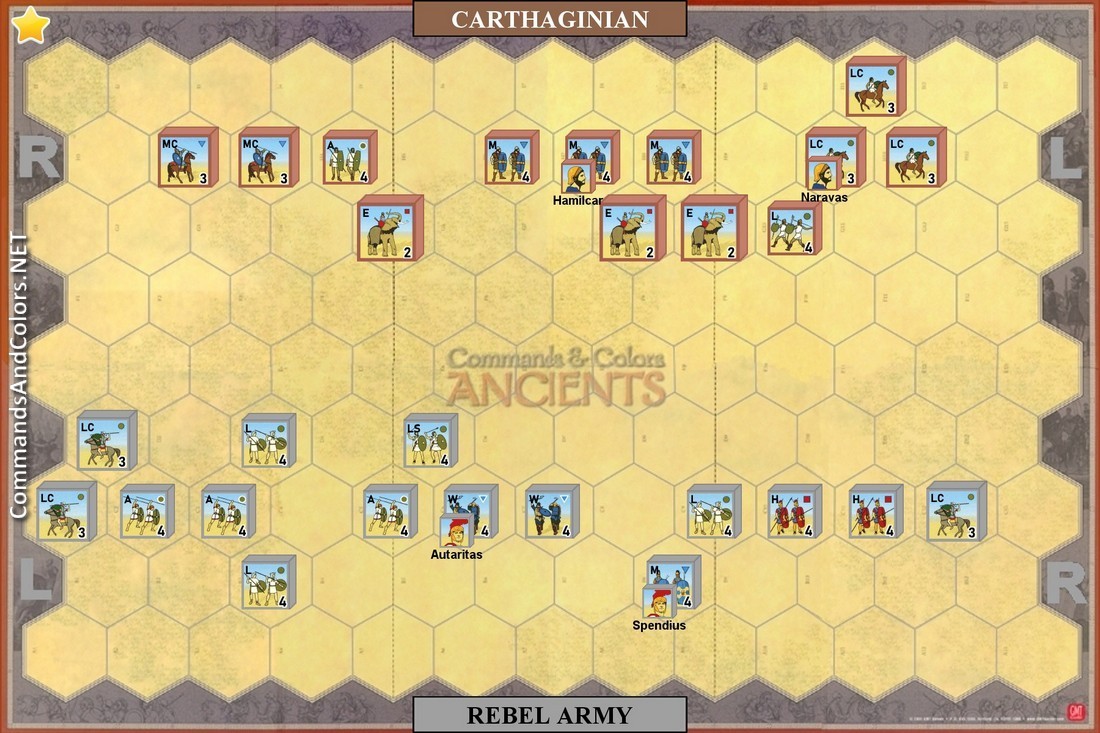