Historical Background
After Hanno's defeat, the Carthaginian senate gave Hamilcar Barca command. Carthage now faced a possible siege. Hamilcar scraped together another force of poor quality infantry. But he did not expect these raw levies to defeat hardened mercenaries, Hamilcar pinned his hopes for victory on the cavalry, elephants and his superior generalship. Hamilcar bypassed the rebel blocking force at the Bagradas River bridge and seized the initiative by making a surprise crossing at night. His army emerged in full battle array on the rebel side of the river. Spendius, in command of the forces besieging Utica, marched to join the rebel force that was trying to block Hamilcar's crossing at the bridge. His army included a unit of fierce mercenary Gauls, under their captain, Autaritas. Hamilcar initially marched away from the rebel army, in apparent fear. He successfully lured the rebels into a wild attack. As the rebels came on, the elephants broke the rebel charge while the cavalry hammered the flanks. The enemy line was broken and the rebel force fled the field. Over 6,000 rebels were killed and another 2,000 captured. Carthage was safe for now, but the rebellion continued in the countryside.
The stage is set. The battle lines are drawn and you are in command. The rest is history. 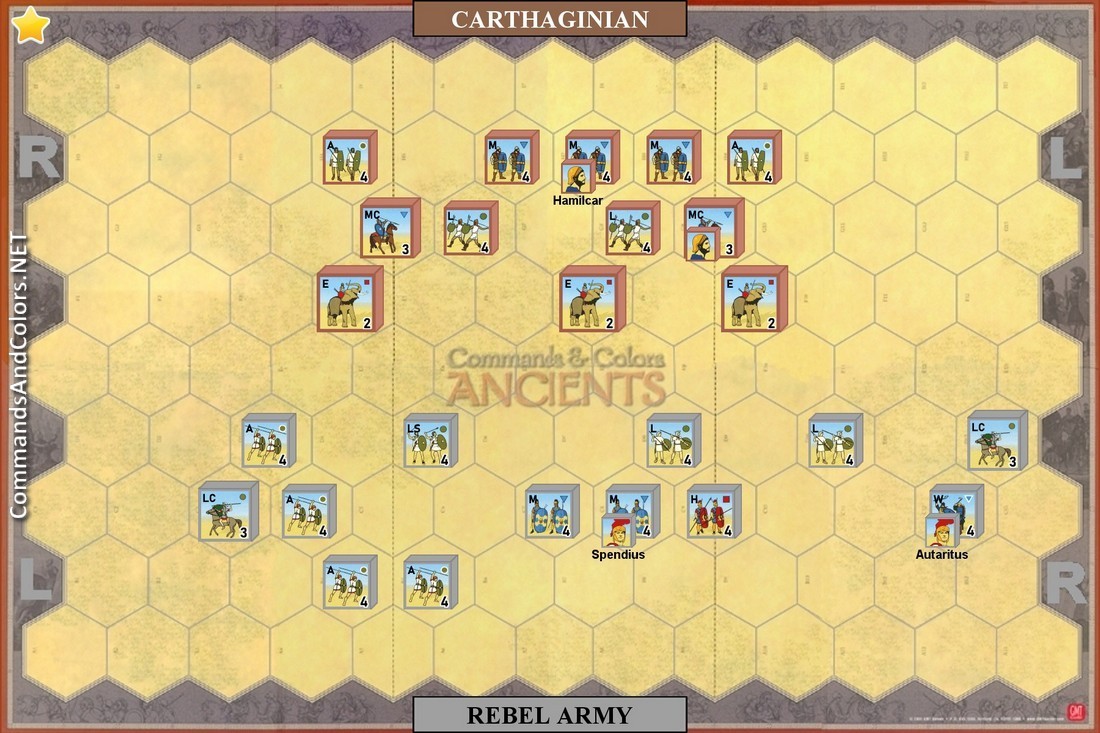 g1ul10 replied the topic: #1747 6 years 4 months ago
Well, in this case it worked perfectly.
apergis1@verizon.net replied the topic: #1718 6 years 5 months ago
My wife just defeated me. She was playing the Carthaginians. I was leading four flags to one. She played a mounted charge and with three elephants destroyed four units in one turn. That right one elephant by advancing destroyed two units. Teaching ones wife to play does not always work.
Read More...