Historical Background
"Contrary to Roman habit and good judgement, Regulus allowed Xanthippus to attack. This the Spartan did with a will, first projecting his own horse against the Roman. From the line of elephants, pushed forward at the same time, the Roman velites quickly retired, falling back through the intervals of the legion, which meanwhile advanced to counter the impending blow. The elephants on the Carthaginian right, in their forward movement, had edged to the center, and left a gap between their right and the Carthaginian cavalry. Through this the three legionary columns of the Roman left pushed their way and threw back the ... mercenaries in confusion; but other columns striking the line of elephants, made no headway, and with much wavering lost the crispness of their alignment. The Carthaginian horse, having by its superior numbers quickly dispersed the Roman cavalry, now fell upon the legions in flank. The centre legionary columns fought their way through the elephants and stoutly attacked the phalanx, where all fell with faces to the front; but the Carthaginian cavalry prevented the others from following their lead. They were placed on the defensive: they formed a sort of square to protect themselves, but were surrounded and cut to pieces. Regulus and five hundred men were captured. Only the three legionary columns of the left escaped, some two thousand strong."
From T.A. Dodge's 1891 masterwork Hannibal, p. 130. 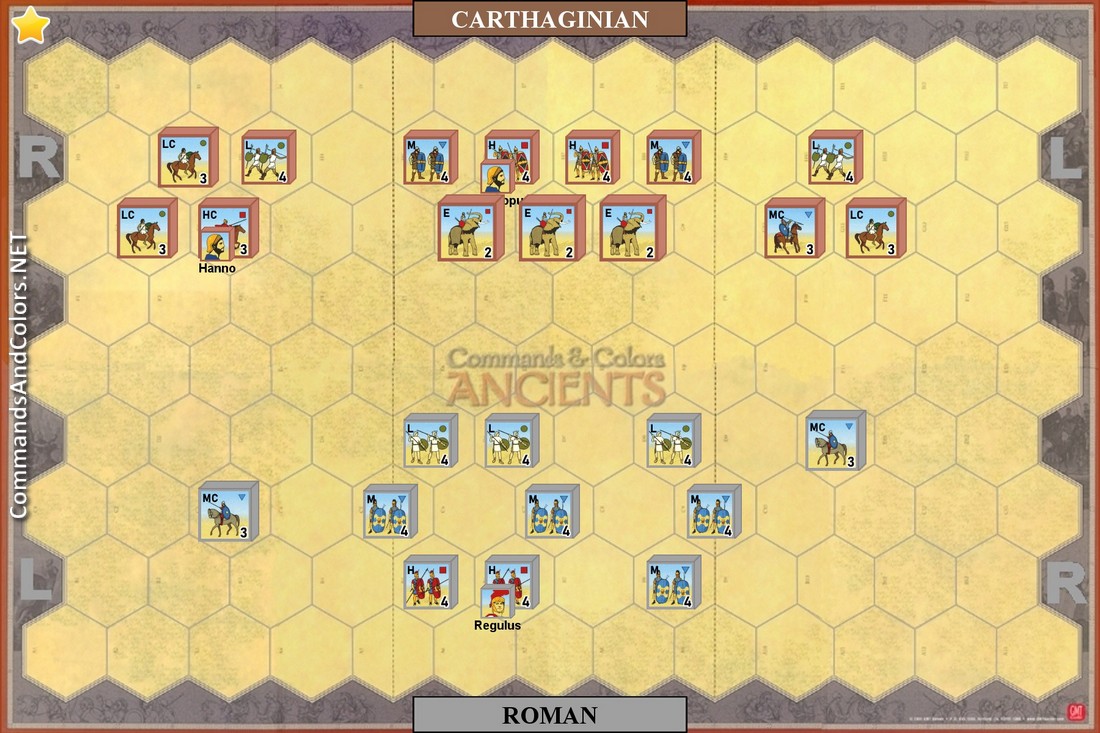