Historical Background
Following the disaster at Bagradas only a few hundred of Regulus’ men ever made it back to Rome. But they were enough to spread the horrible stories of being trampled by elephants, and cut down by cavalry. Despite his defeat at Adys, Hasdrubal Hanno was placed in the command of the main Carthaginian and from 254-252 was occupied suppressing a Libyan revolt. In 251, Hasdrubal took his veteran army to Sicily and massed 25,000 men and 140 elephants. The Romans now avoided pitched battles, for fear of elephants and cavalry. In June of 250 Hasdrubal advanced against the consular army of Caecilius Metellus at Panormus. Metellus set a trap for the elephants. He built a trench before the city, stocked with a large supply of missiles. Metellus sent out his velites to goad Hasdrubal’s elephants, and then retreat with apparent panic to the trench. The Punic army pursued in disorder, sensing an easy victory. As the elephants approached the trench, Metellus launched a massive missile barrage against them. The war elephants recoiled in terror, and rampaged through Hasdrubal’s Army. Metellus’ Legionnaires sallied out from the city, and routed the shaken Punic army. Nearly all the elephants were captured and later slaughtered in tthe circus to entertain the crowds in Rome. The battle of Panormus was the last major land battle of the war. Seven years later, the Romans won the battle of the Aegates and ended the 24-year war.
The stage is set. The battle lines are drawn and you are in command. Can you change history? 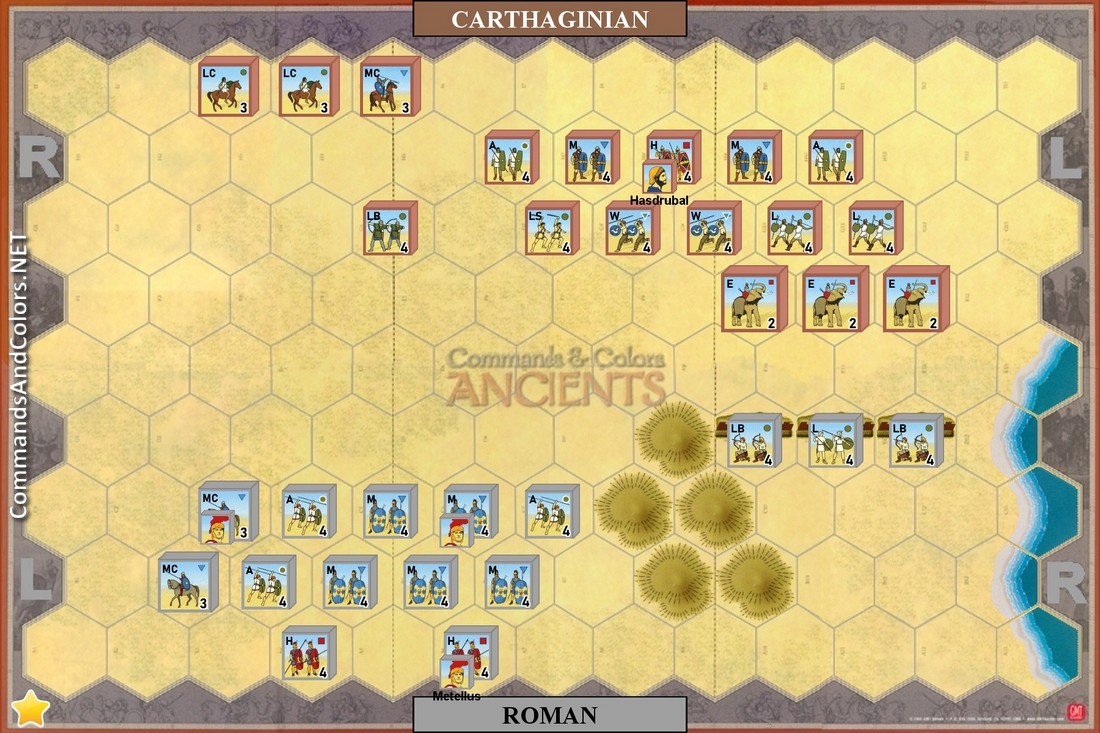