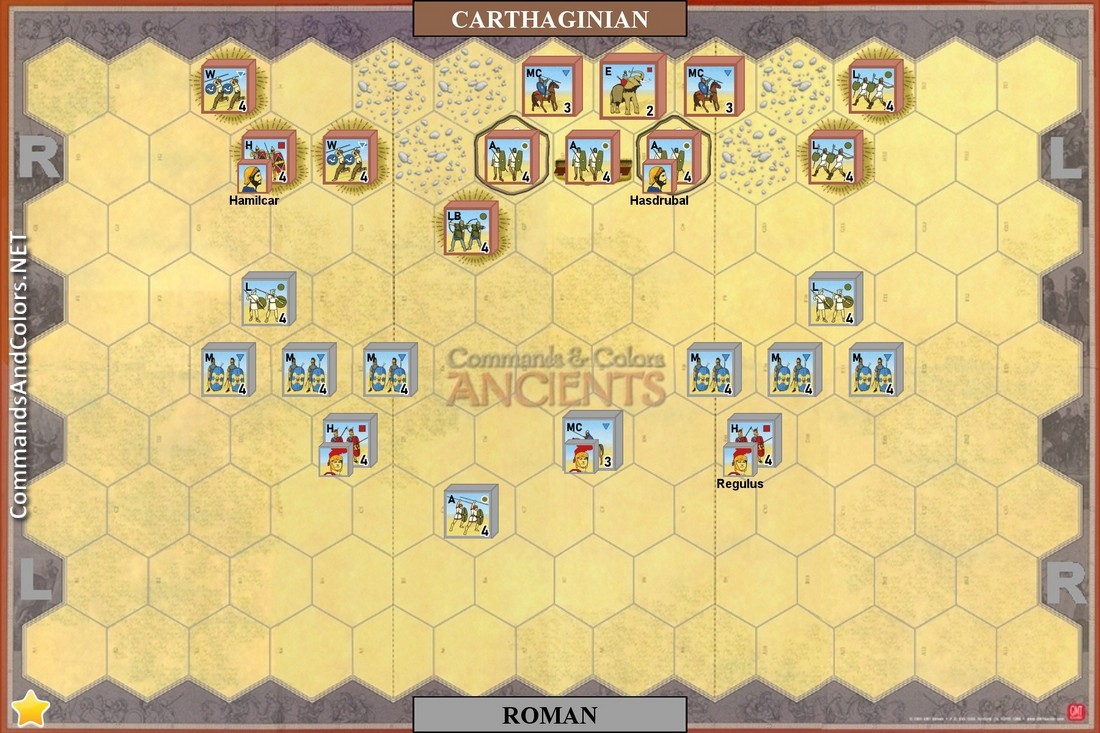 Warboard replied the topic: #3856 3 weeks 5 days ago
From my instagram @warboard: End of Adys 256BC, an unexpected Carthaginian victory 5:3. Fortune greatly favoured their heavy infantry and elephants, who caused great damage. But it was also a victory of the defensive terrain. Hills and broken ground bought some crucial time and enabled those counterattacks.

sushidog replied the topic: #2959 2 years 1 month ago
Played this twice, the Romans rolled over the Carthaginians both times. Hard to see how the Carth win here without some crazy luck.
Read More...