Historical Background
After gaining the throne of Sparta in 236 BCE Cleomenes III instituted military reforms and led this reconstituted army in an attempt to bring back the glory of Sparta at the expense of its neighbors on the Peloponnese. Through force and treachery, Cleomenes later expanded Spartan holdings which alarmed the Achaean League which declared war against Sparta.
By 228 Cleomenes had advanced again into Arcadia with a small force to counter the threat posed by the Achaean League army under the recently elected strategos Aristomachos of Argos. The 20,000 strong Achaean army marched to confront Cleomenes, who possessed a fraction of the force commanded by Aristomachos, and the two armies formed up for battle near Pallantium.
However, before a battle could be fought, the formidable Aratus of Sicyon (advisor to Aristomachos) bade him retreat due to the perceived disparity of the Achaean League forces compared to the hardened Spartan veterans. Aristomachos conceded, and retreated hastily away from the Spartan threat without a fight. After months of maneuvering, the two armies would finally clash in 227 at the Battle of Mount Lycaeum, with the Spartans winning a decisive victory.
The stage is set. The battle lines are drawn and you are in command. Can you change history? 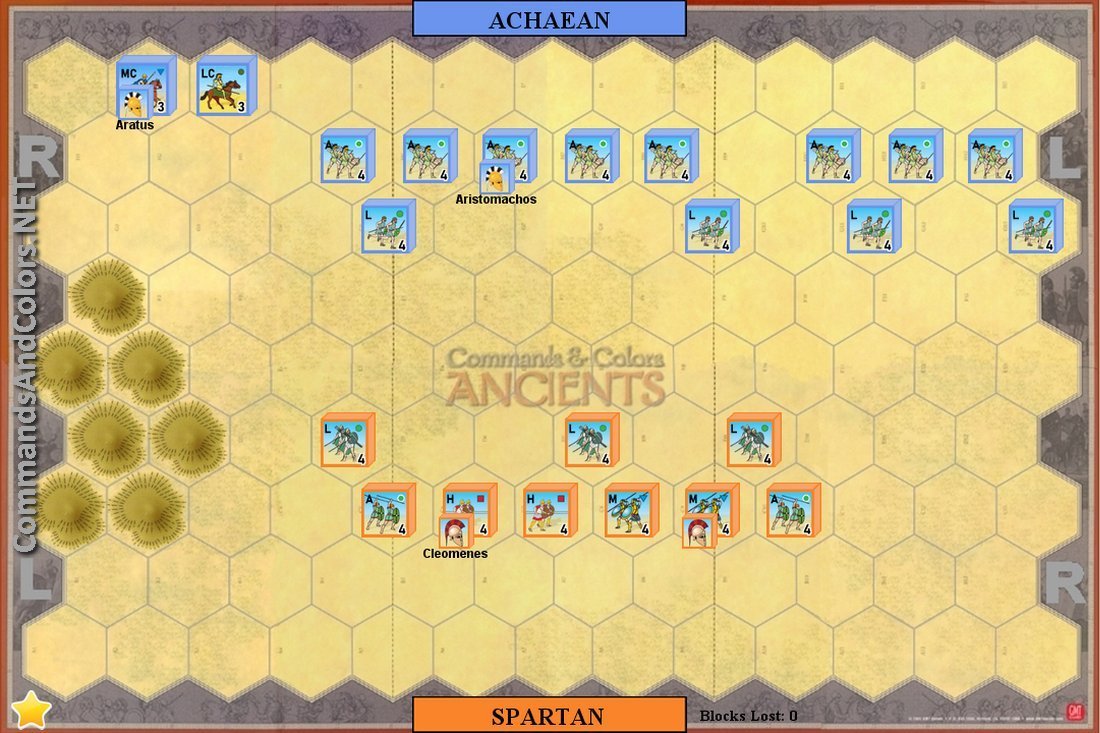