Historical Background
After three years of continuous war between Sparta and the Achaean League (known as the Clemenean War after the Spartan king, Cleomenes III), the newly-reformed Spartan army moved into the Achaean interior in 226 BCE to draw the League forces into a pitched battle. Led by Hyperbatas and Aratus, the Achaean League mustered its full complement to challenge the marauding Spartan forces.
Possessing a sizeable numerical advantage, Hyperbatas hoped to relieve the Spartan siege of Dyme and trap Cleomenes between the city and his army.
The shrewd Cleomenes quickly took the initiative on his host, advancing quickly on the Achaean camp. In the ensuing battle near the sanctuary of Hecatombe, Cleomenes' well-trained army, which possessed fewer soldiers but more heavily armed hoplites, smashed through the enemy lines and gained a major victory while inflicting heavy losses on the Achaeans, who sued for peace following the battle.
The stage is set. The battle lines are drawn and you are in command. Can you change history? 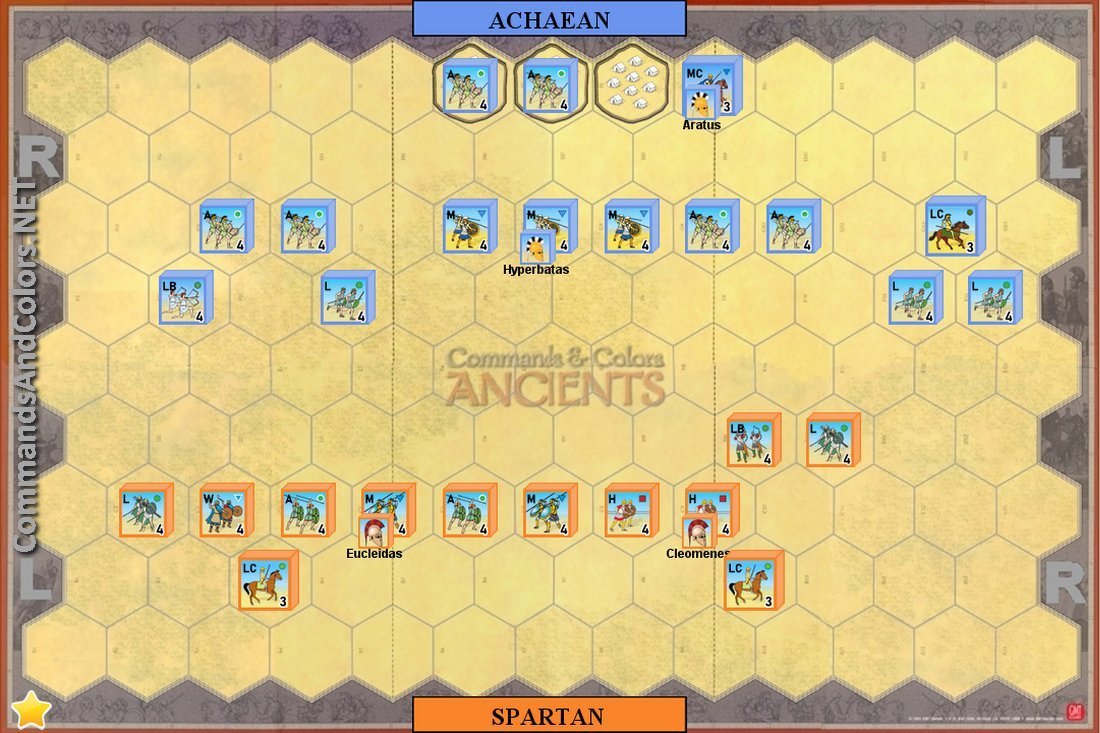 > Spartan player gains a Victory Banner for each Achaean camp hex occupied at the end of the Spartan turn. Camp hexes are removed; these banners cannot be lost.