Historical Background
"In the early spring of 276 BC, Mago led a revitalized Punic army from Lilybaeum to challenge Pyrrhus and his Epirotes. Even with detachments garrisoning most of Sicily, Pyrrhus could muster about 25000 foot, 3000 horse, and 19 elephants. Two thirds of his army was composed of crack Epirote veterans and skilled Greek mercenaries. Mago commanded a larger army, but one not nearly as cohesive or effective. With their morale temporarily bolstered by their successful defense of Lilybaeum, the Carthaginians came out on the open plain to face the fierce Epirote phalanx and elephants once again. Yet as at Mount Eryx, Pyrrhus led his crack Epirote troops to shatter the Punic army. The Council in Carthage were not overly concerned with this defeat, however, as they recognized the Epirote king could not keep up the fight over the long term. Pyrrhus soon left Sicily, never to return." - taken from the Tyrant GBoH module, copyright GMT Games.
The stage is set. The battle lines are drawn and you are in command. The rest is history. 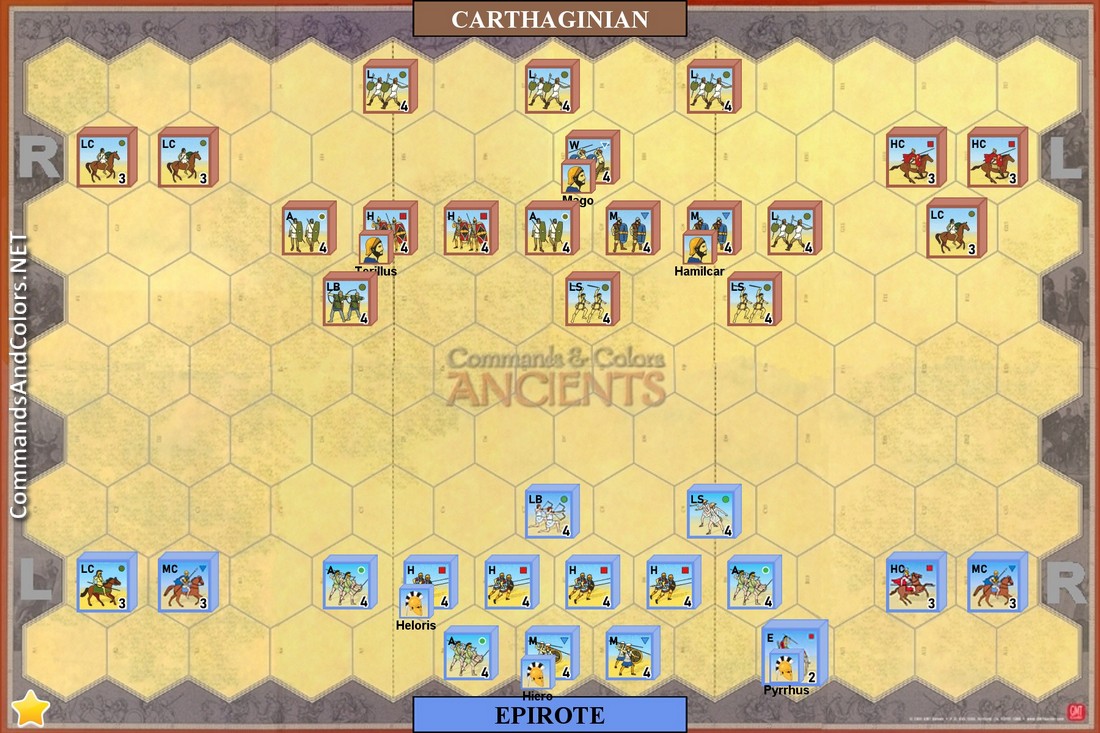