Historical Background
The Battle of Sentinum was the decisive battle of the Third Samnite War, fought in 295 BC near Sentinum (next to Sassoferrato, Marche), in which the Romans were able to overcome a formidable coalition of Samnites, Etruscans, Umbrians, and their Gallic allies. The result was a Roman victory and Rome went on to unify Central Italy.
The Romans were commanded by consuls Decius Mus and Fabius Maximus Rullianus, and amounted to about 38,000 men — 4 legions, a strong contingent of Roman cavalry, 1,000 chosen cavalry men from Campania, 4 allied and Latin legions and a strong contingent of allied and Latin cavalry. Their opponents were Samnites and Gauls, since the Etruscans and the Umbrians had returned to their territories to defend them from another small Roman army.
The two armies, of the same strength, arrived at the Plain of Sentinum but waited for two days to battle each other. Finally, unable to control the eagerness of their troops, the Romans attacked. Fabius faced the Samnites; Decius was opposite the Gauls. The Roman line initially buckled under the Gauls' chariots. Decius charged into the Gauls anyway. Although he was slain, Decius' charge inspired his men and they restored the Roman line. Fabius routed the Samnites and then flanked the Gauls to win the battle.
The stage is set. The battle lines are drawn and you are in command. The rest is history. 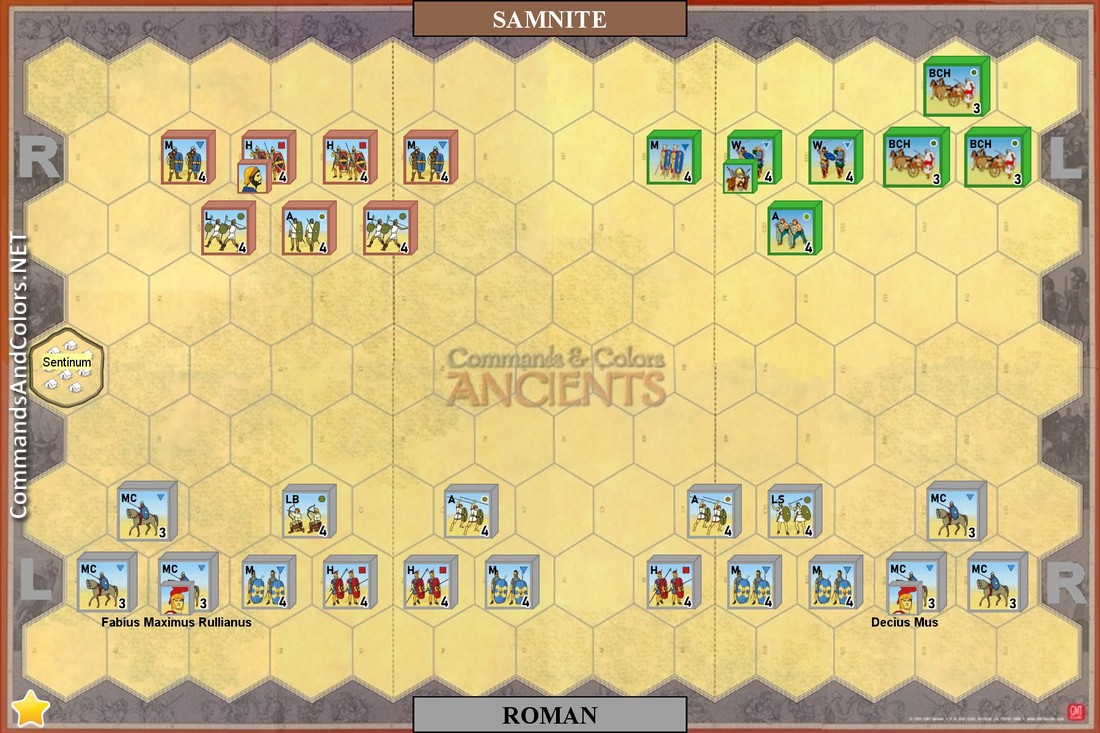 Special Rules
This scenario can be played by 3 players: 2 allies that use Samnite and Gauls