Historical Background
The Battle of Camerinum in 298 BC was the first battle of the Third Samnite War. In the battle, the Samnites defeated the Romans, who were commanded by Lucius Cornelius Scipio Barbatus.
The stage is set. The battle lines are drawn and you are in command. The rest is history. 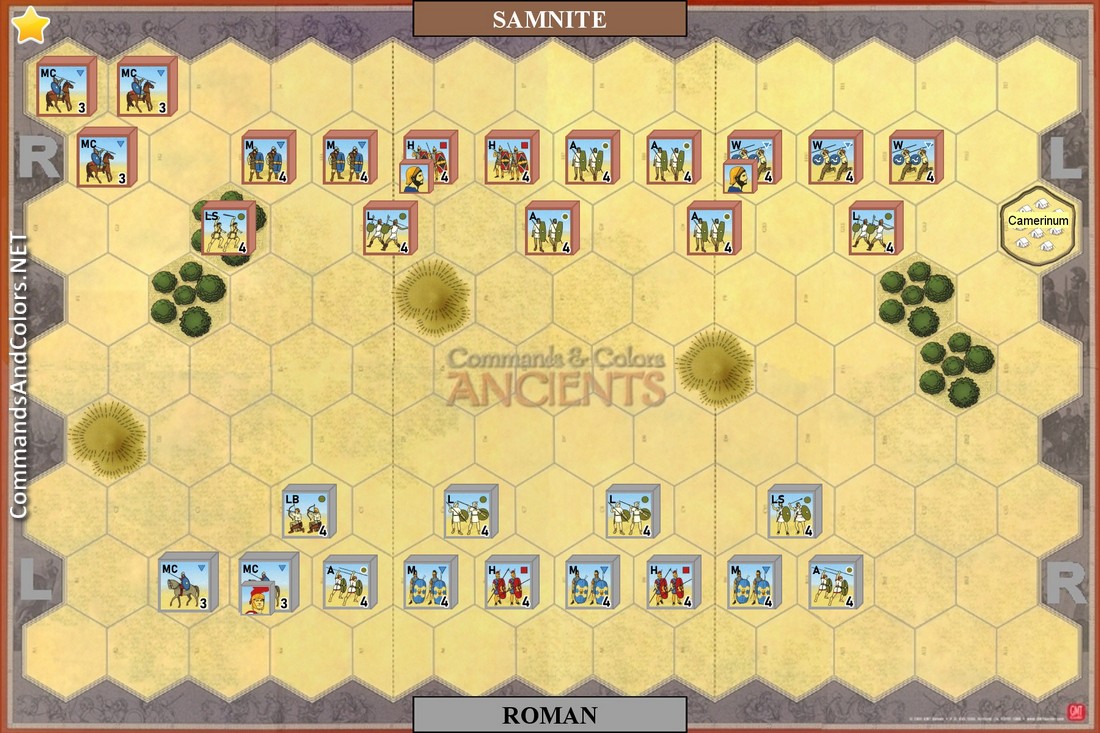 Mark-McG replied the topic: #1444 6 years 10 months ago
missing a Roman leader in the VASSAL module.
Should the camp be worth a banner?
Read More...