Historical Background
The Battle of Bovianum was fought in 305 BC between the Romans and the Samnites.
The Romans were led by two consuls, Curvus Paetinus and Postumius Megellus. The result was a Roman victory and end of the Second Samnite War.
The stage is set. The battle lines are drawn and you are in command. The rest is history. 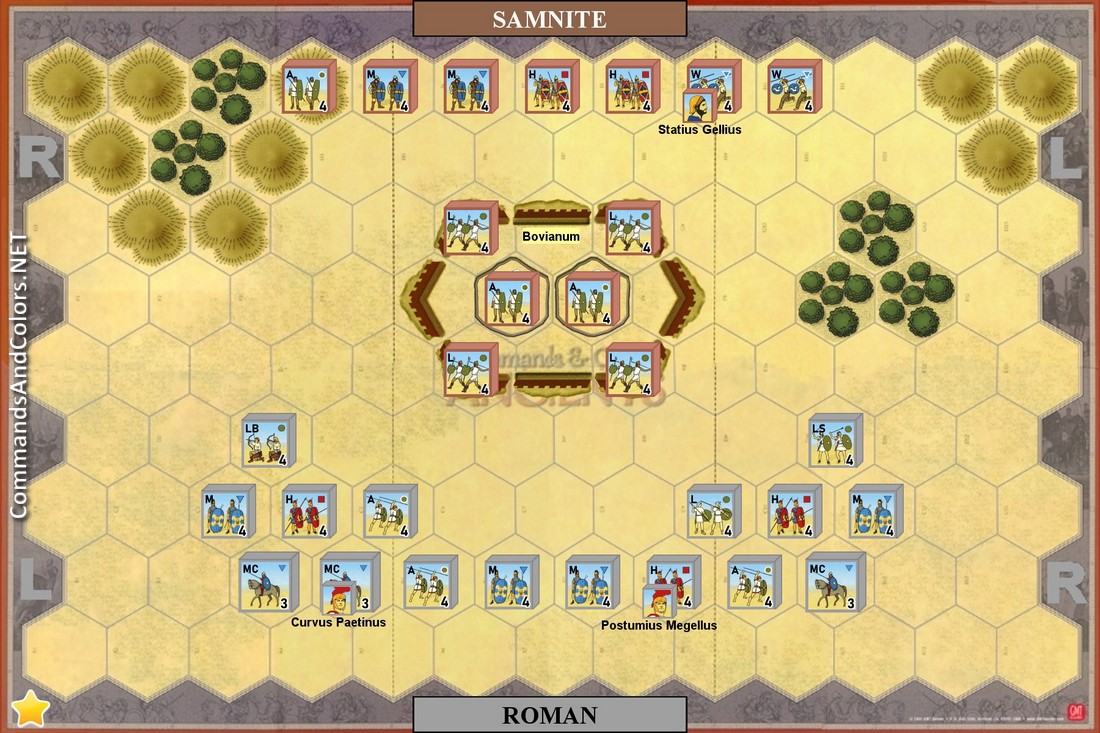 Mark-McG replied the topic: #1435 7 years 3 months ago
I'd recommend changing the ramparts to scalable city walls in this one to make it more balanced.
www.commandsandcolors.net/ancients/the-g...able-city-walls.html
Read More...