Historical Background
The Battle of Lautulae was fought in 315 BC between the Romans (led by dictator Quintus Fabius Maximus Rullianus) and the Samnites. The Samnites won this battle.
The stage is set. The battle lines are drawn and you are in command. The rest is history. 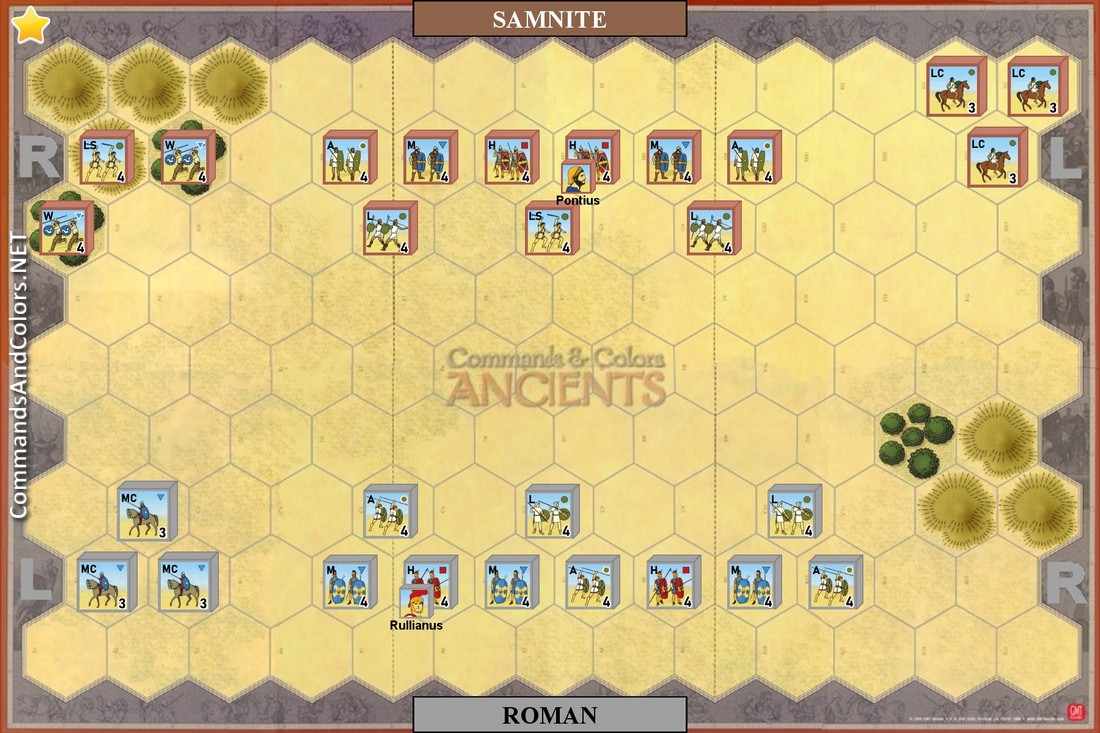 rgnet1 replied the topic: #2015 5 years 5 months ago
This was posted in different Lautulae by mistake...
Samnite's lost to a massive two-turn game changer. After a careful battle from both sides, Samnites pushed center map with a leader-supported four unit front of 2 hvys, 2 meds against a weaker Roman line. But some tragically lopsided dice rolls left their heavies in worse shape than the Romans. On the Roman's counter, they played a brutal Clash of Shields that rewarded 3 banners in a single final turn to steal the win.
Read More...