Historical Background
During the Second Samnite War , from 326 BC to 304 BC, between ancient Rome and the Samnites, the Samnites seized Neapolis in the Capture of Neapolis in 327 BC, which the Romans then later re-captured.
The stage is set. The battle lines are drawn and you are in command. The rest is history. 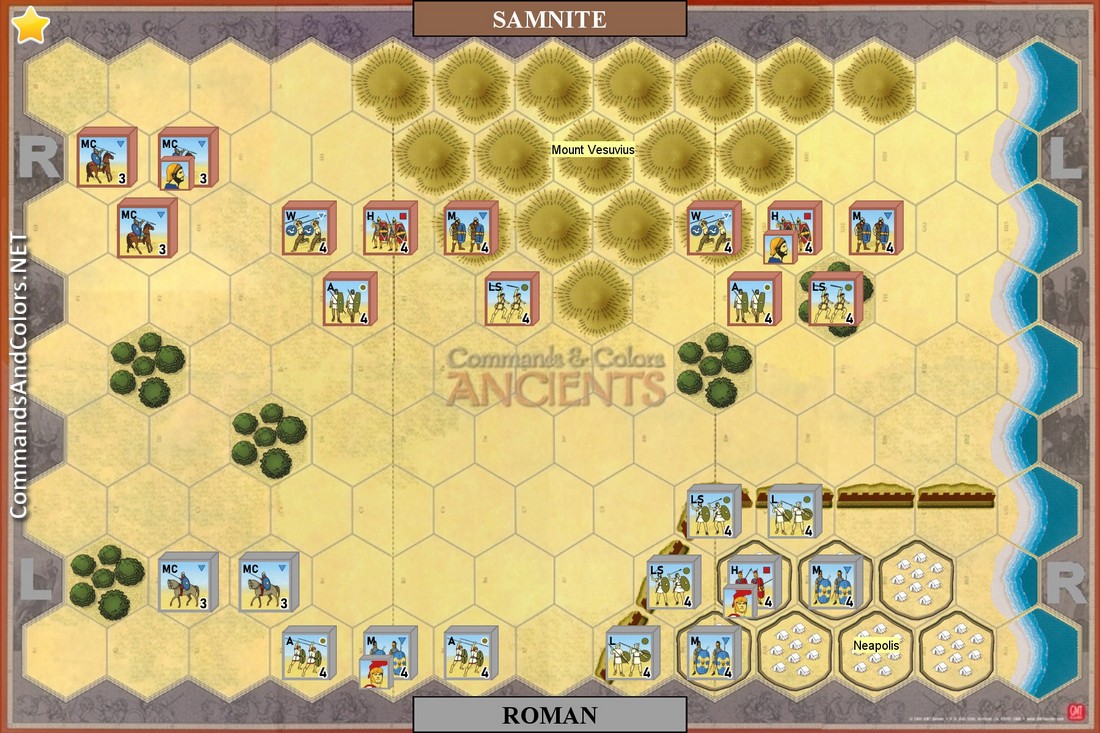 Mark-McG replied the topic: #1385 6 years 9 months ago
For the purposes of MT56, treat the ramparts as ramparts, and the Camps as camps. Ignore the special rule.
Read More...