Historical Background
This battle was the last of Alexander the Greats original successors, the Diadochi. It was fought on the plain of Corupedium in Asia Minor between the armies of Lysimachus and Seleucus I. Almost nothing is known about the battle except that Seleucus won and that Lysimachus was killed during the fighting, possibly in hand to hand combat between the two aged kings. Seleucus marched on into Europe to claim Thrace and Macedonia but he was assasinated by Ptolemy "The Thunderbolt" Ceraunus. Ptolemy claimed the Macedonian throne for himself only to be decapitated by the maurauding Galatians in 279 BC
The stage is set. The battle lines are drawn and you are in command. The rest is history. 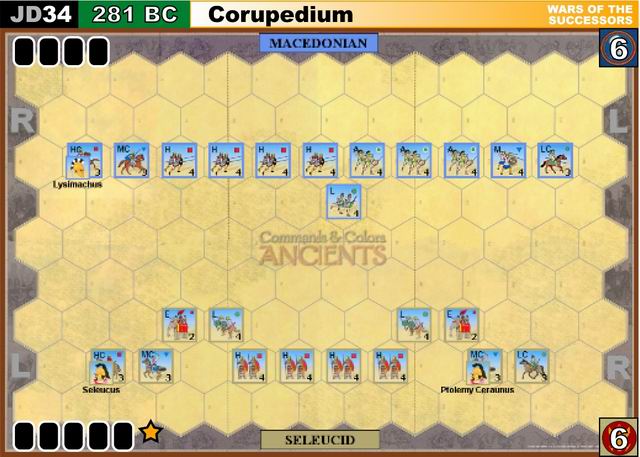