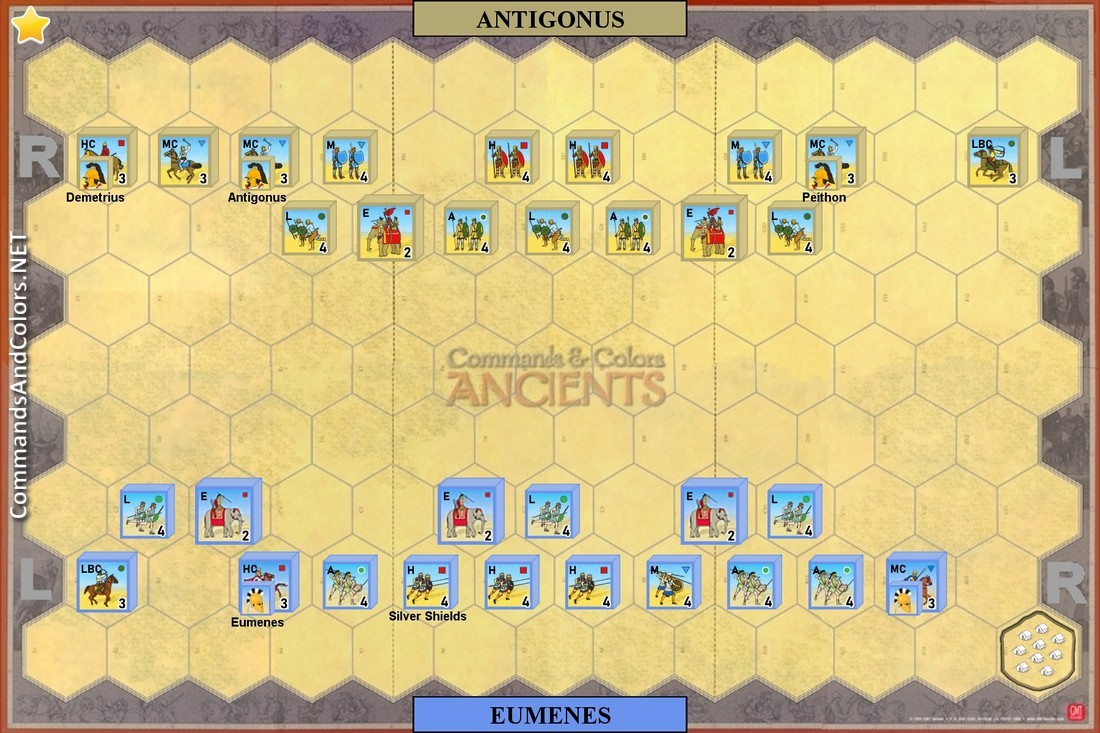 rjvonline replied the topic: #3789 1 year 10 months ago
7-3 for Eumenes. His elephants were the stars of the show. My opponent was rusty, and I’m a newbie, but his cavalry charge on my elephants didn’t work as intended...
DanieleC replied the topic: #3704 2 years 4 weeks ago
Payed Solo.
Final score 4-7 in favour of Eumenes.
Battle started as usual with exchange of fire from the light units and pretty balanced until Eumenes Elephants and the Heavy cavalry brought havoc into Antigonus’s line doing most of the job. Not much to do for the silver shields even if the last banner was captured by them.
Next and last stage is Ipsus, last of the four Successor's battles.

TomKnight3 replied the topic: #3428 2 years 8 months ago
Eumenes was able to play a Mounted Charge early in the game which was used to great effect by the elephants. Antigonus' center was destroyed. Though Antigonus mounted his own charge against a weakened Eumenes, it failed due to a Move-fire_move card that allowed Eumenes to be screened. Final count was 7-3 in favor of Eumenes. All elephants in the game were killed.