Historical Background
By 329 BC Alexander had completed the subjugation of the eastern Persian satraps, and his army was building a new city, Alexandria Eschate, on the banks of the Jaxartes, to guard his northeastern frontier. A Scythian force under their chief, Satraces, arrived on the opposite bank. The Scythian force was mostly horsearchers who were about to launch a major raid. Alexander decided to attack and defeat the barbarians to dissuade them from future raids. Alexander set up catapults to deal with the horsearchers during the potentially difficult river crossing. When the catapults opened fire, a number of Scythian horsemen were immediately struck down. The horse archers cautiously backed away from the river. Alexander’s troops quickly crossed en masse. Once safely across, he sent out a few units of horse and foot as bait. When the Scythians, as expected, had surrounded the Macedonian detachment, Alexander sent in the rest of his horse and light infantry to block their retreat so they could not avoid Alexander's heavy foot units. After some brief hand-to hand fighting, Satraces was killed and the Scythians broke and fled. Although the bulk of the Scythian army escaped, they knew that the Macedonians could beat their tactics. Alexander had succeeded in forcing a victory against the swift steppe horse archers where Cyrus the Great and Darius I had failed.
The stage is set. The battle lines are drawn and you are in command. The rest is history. 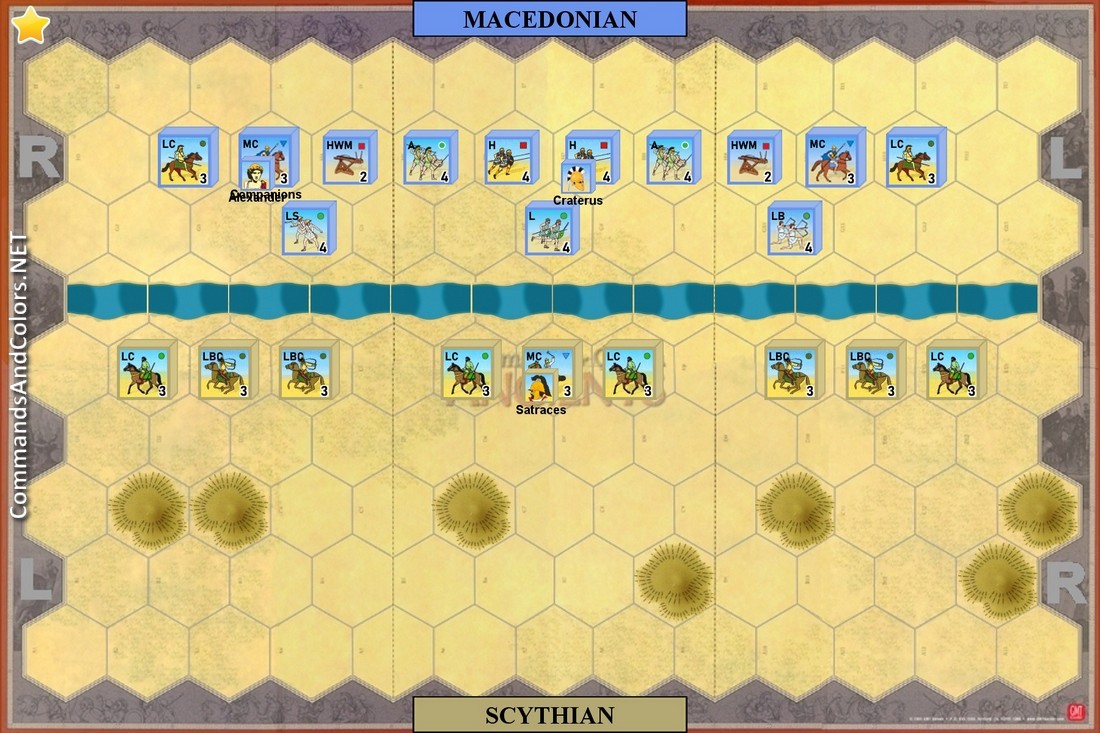 mk20336 replied the topic: #2310 3 years 8 months ago
They say that Scythians were not conquered even by Alexander and it seems rightly so. Despite 5 double flag rolls (which killed 3 of my units) I managed to concentrate enough range firepower to outmaneuver heavies and get to light/medium ones. Picture lacks 5th banner for Scythians (for 5-4 for Scythians): 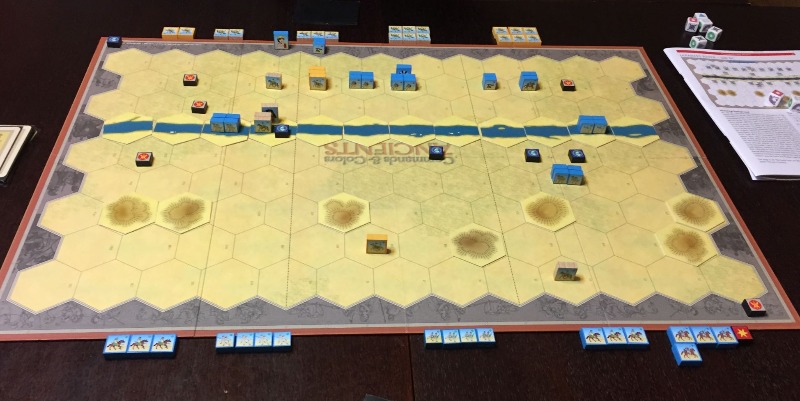 SeleucusI replied the topic: #940 11 years 3 days ago
It would be definitely interesting to hear the story of scythian victory in this scenario, because I just played this scenario as scythian and I have no clue how to win this game.
Read More...