Written by Greg Blanchett. Posted in Philip of Macedon (359-338 BC)

Historical Background
The Illyrians under King Bardylis were confident of victory over their old rivals from Macedon having beat them many times before. This time was different. Philip II was in command of the Macedonian army with a sound plan to defeat his erstwhile enemy. He set his trusted general Parmenion in the center with his heavy phalanx and refused his left. He personally lead his Hypaspists and Companion cavalry in a charge with his right. The Illyrians fell upon Parmenion as planned. He held long enough for Philip to break through the weak left flank and catch Bardylis from behind. Thus started the pattern of Macedonian victories brought to fruition by Alexander the Great.
The stage is set. The battle lines are drawn and you are in command. The rest is history. 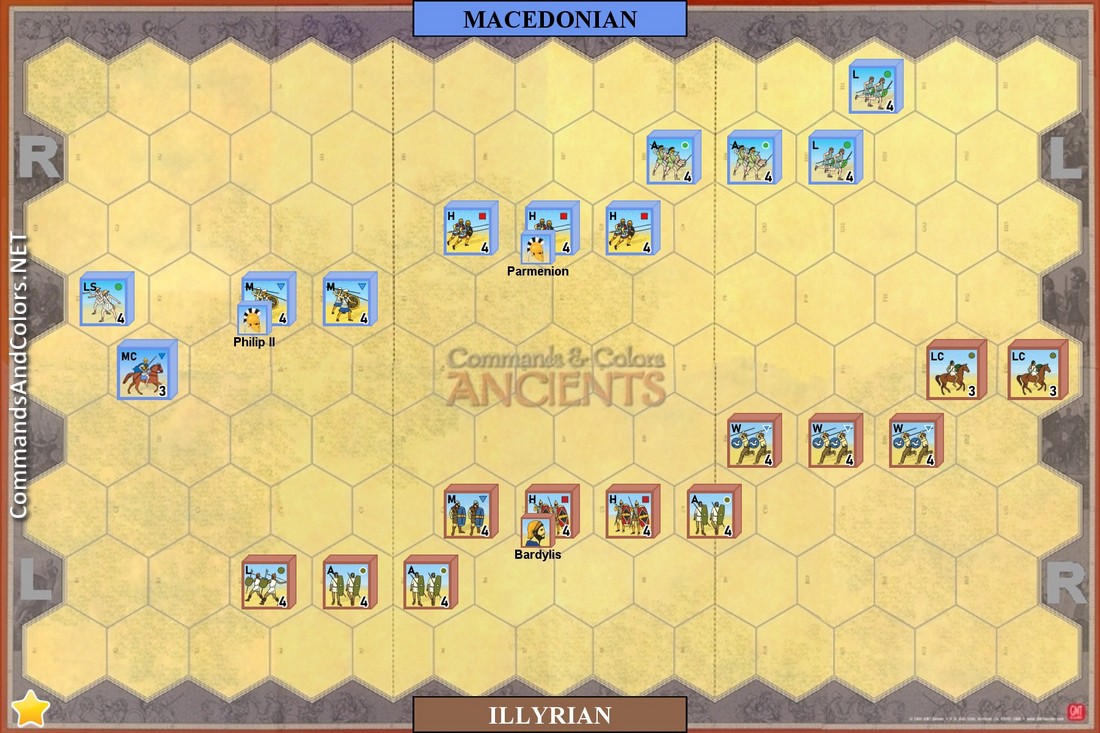 Special Rules
The Macedonian medium cavalry unit is really Philip's elite Companion cavalry. Therefore, it should be marked as a Special Unit. It may ignore one extra flag and in combat will hit on a roll of a helmet even if no leader is present.