Historical Background
The battle of Trifanum (340 BC) was a Roman victory that ended the Campanian phase of the Latin War of 340-338 BC. Very little detail is known about the battle, which was fought in the aftermath of an earlier Roman victory at Veseris, close to Mount Vesuvius. This battle had been won by the consul Manlius Torquatus (Imperiosus) after his colleague Decius Mus had sacrificed himself, but it had been a hard won victory in which both sides suffered heavy losses.
After the battle the surviving Latins retreated north to Vescia, and began to gather reinforcements. Manlius Torquatus responded by moving north with the combined consular armies. He found the Latins at Frifanum, at the mouth of the Liri River between Sinuessa and Menturnae. A classic encounter battle would seem to have followed. According to Livy the two armies dumped their baggage where they met and fought. The battle ended in a Roman victory, which according to Livy was so crushing that when the consul entered Latium the Latins immediately surrendered. Given that the war continued for another two years, and most of the remaining fighting took place in Latium, it is more likely that the Latin army at Trifanum was caught by surprise and dispersed, leaving Latium temporarily undefended.
Source - Hystory of War website.
The stage is set. The battle lines are drawn and you are in command. Can you change history? 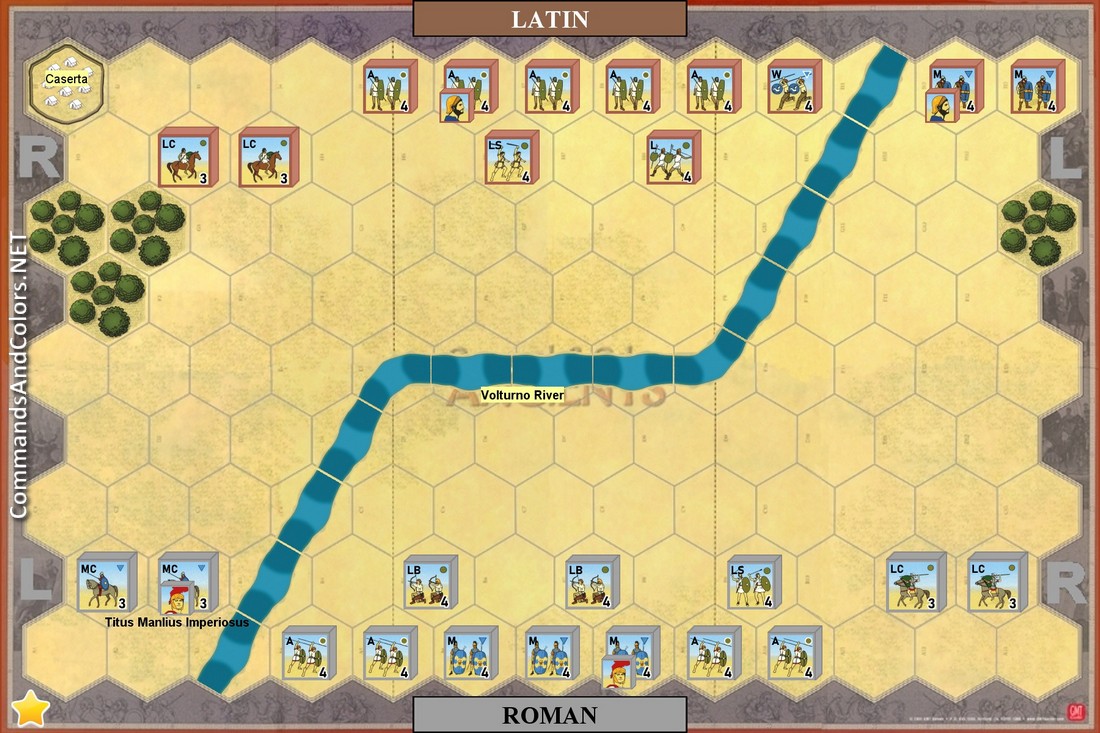 Special Rules
Volturno River is fordable in its entire length.