Historical Background
The Battle of Mount Gaurus, a battle between the ancient Romans and the Samnites, was fought in 342 BC. The battle was a success for the Romans, who were led by Marcus Valerius Corvus. Fought at the foot of Mount Gaurus, near Cumae, it was the most notable engagement of the First Samnite War (343 BC - 341 BC).
It is believed that Carthage, an ally of Rome at the time, congratulated the victors, and sent them a golden crown for the Temple of Jupiter.
The historian Barthold Georg Niebuhr considered the Battle of Mount Gaurus to be of high importance for the growth of the Roman Republic.
The stage is set. The battle lines are drawn and you are in command. The rest is history. 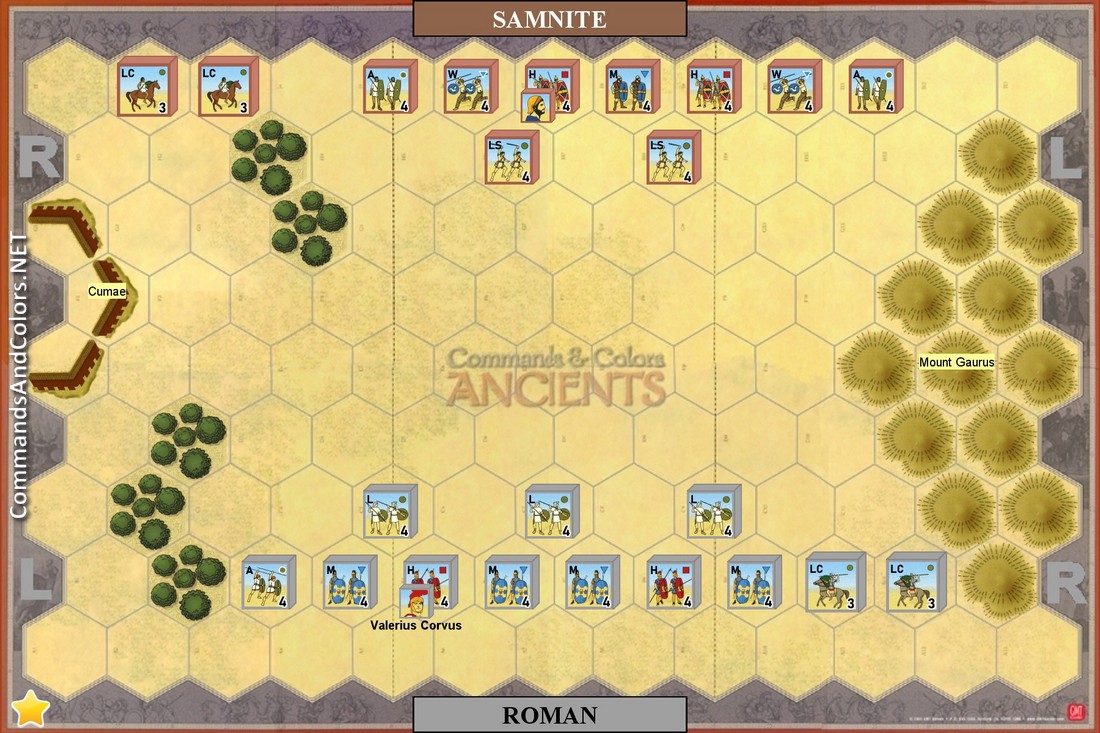