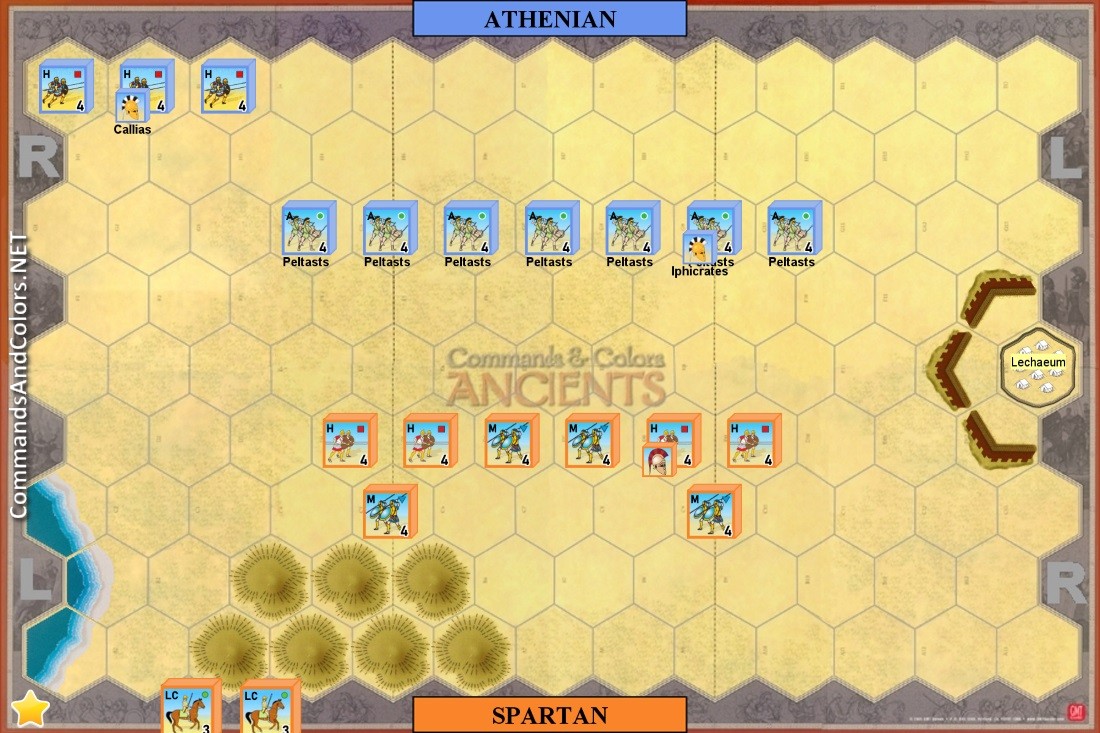 GF1954 replied the topic: #3147 1 year 3 months ago
Solitaire The Athenians defeated the Spartans 6 - 4. The stars of the this battle were the Athenian heavies. After destroying the Spartan left flank, they then to the center and finished the Spartans off. The peltasts really were not a factor in this battle, inflicting little damage.
Read More...