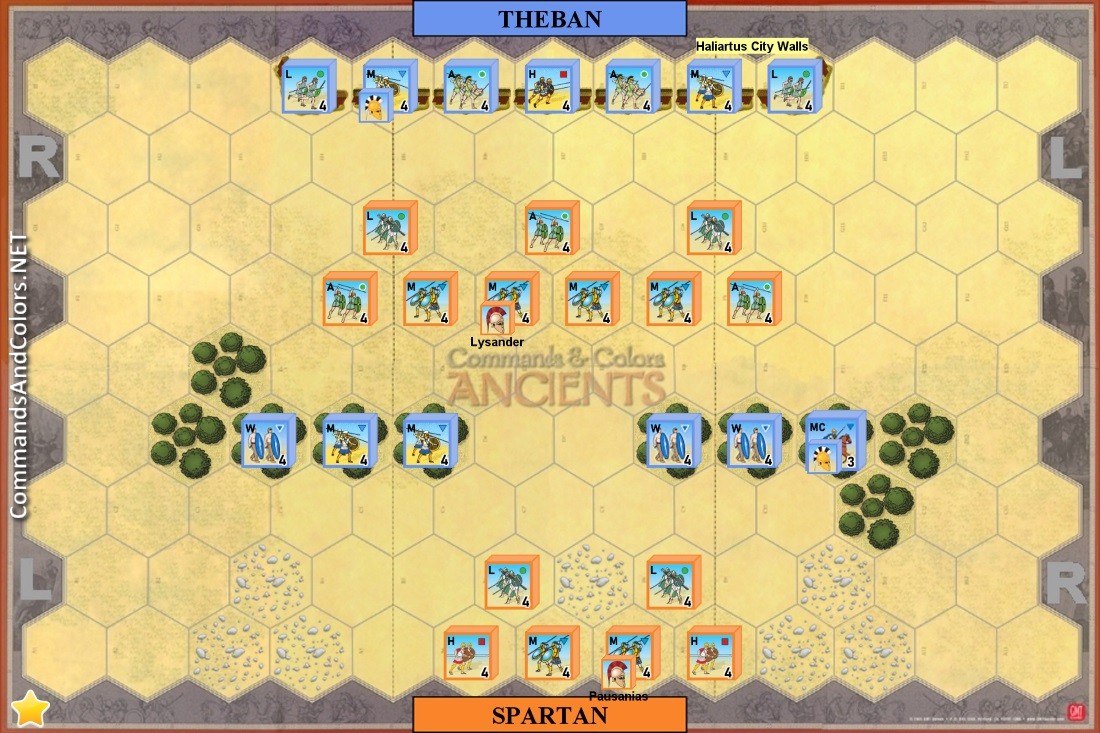 GF1954 replied the topic: #3136 1 year 3 months ago
2 solitaire. In the first, the Spartans won 7 - 4. In that game, the Thebans came off the ramparts and on hindsight, was a mistake. In the second game, the Thebans w 7 -4, this time letting the ambush forces do the brunt of the fighting. As a matter of fact, the Thebans by staying on the ramparts only lost 2 blocks there and were never theatened.
Read More...