Historical Background
Thebes’ shocking victory at Leuctra in 371 had ended the Spartan hegemony over Greece. Epaminondas then organized the Arcadian League of cities in the Peloponnesus, in order to counter-balance Sparta and ensure Theban supremacy. A division in the Arcadian league led Mantinea to ally with Sparta. Sparta’s hereditary enemy, Athens, even joined in the alliance against Thebes. Epaminondas invaded in 362 to reassert Theban dominance. In a plain near Mantinea he encountered the enemy force of 20,000 foot and 2,000 horse with the Mantineans on the right, Spartans in the center, and Athenians on the left. Epaminondas’ force of 30,000 foot and 3,000 horse was deployed with massive depth on his left, the same tactic he had used successfully at Leuctra. The Thebans closed in on the Mantinean wing and then grounded arms as if not to battle this day. Once the Mantineans relaxed their guard, Epaminondas suddenly ordered the attack. The onslaught broke the Mantinean right flank, leading to the defeat of the entire Spartan army. Disastrously for Thebes, Epaminondas was killed in the closing moments of the battle. Sparta had been humbled again, but without her brilliant leader, Thebes was unable to maintain her hegemony over Greece. The ultimate result was a weakening of Greece that paved the way for the Macedonian conquest.
The stage is set. The battle lines are drawn and you are in command. Can you change history? 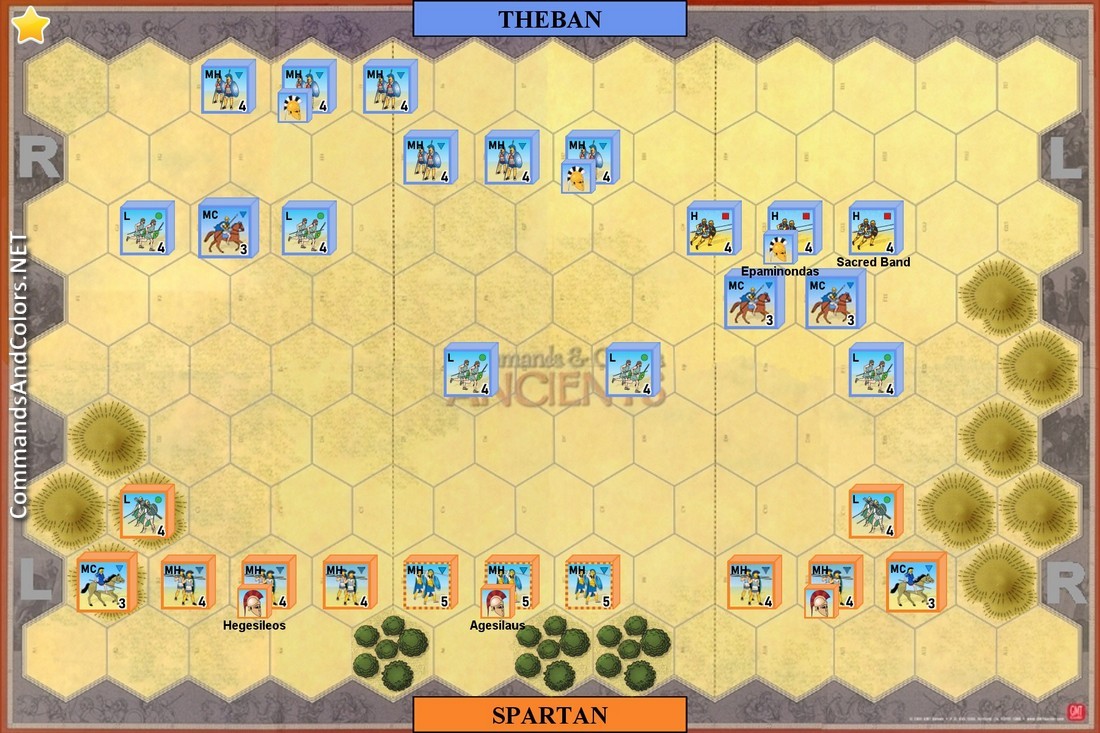 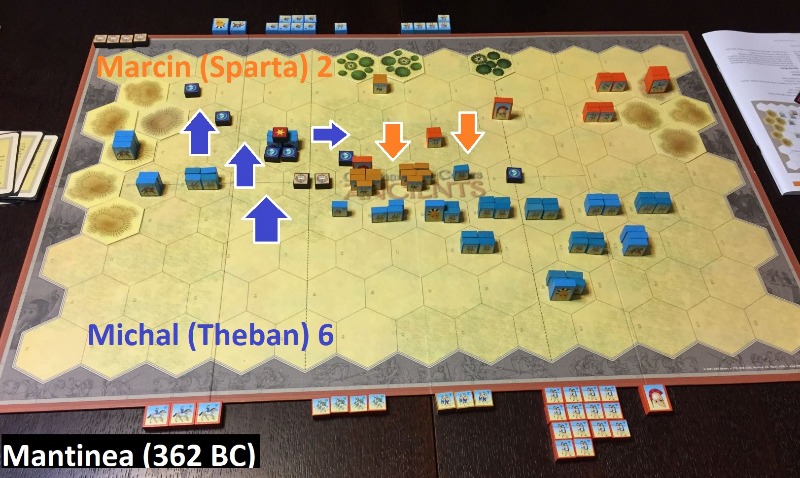 Again, Spartan/Athenian alliance was humbled but commander of Thebans died. That cleared the path for Macedonian dominance.