Historical Background
Sparta’s victory over Athens in the Peloponnesian War (431-404) cemented the reputation of her hoplites as the premier infantry force in the world. However, Spartan arrogance following this victory led to the outbreak of hostilities with her former ally, Thebes. In 371 King Cleombrotos of Sparta marched against Thebes. When he reached Leuctra he found the Theban army barred his way. The Spartans deployed in a long line with their allies on the left. Greek commanders traditionally placed their best troops on the right, and this wing usually led the attack. The brilliant Theban commander, Epaminondas, devised an innovative plan to mass his best men on the left in a 50-man deep phalanx. He intended to use this mass to break through the famed Spartan phalanx. Both sides sent their cavalry out and the Spartan horse were quickly defeated. Seeing his cavalry fail, Cleombrotos ordered his infantry to advance. Simultaneously, Epaminondas’ massed left advanced against the Spartan right, while the rest of his army was ordered to hold back, in an oblique order. The Spartans were attempting to change formation to deal with the situation when the Sacred Band charged and hit them in mid-maneuver. Cleombrotus was killed and the massive weight of the Theban phalanx broke the Spartan line. Never before had Sparta experienced such a significant defeat, and Leuctra ended the era of Spartan military invincibility.
The stage is set. The battle lines are drawn and you are in command. Can you change history? 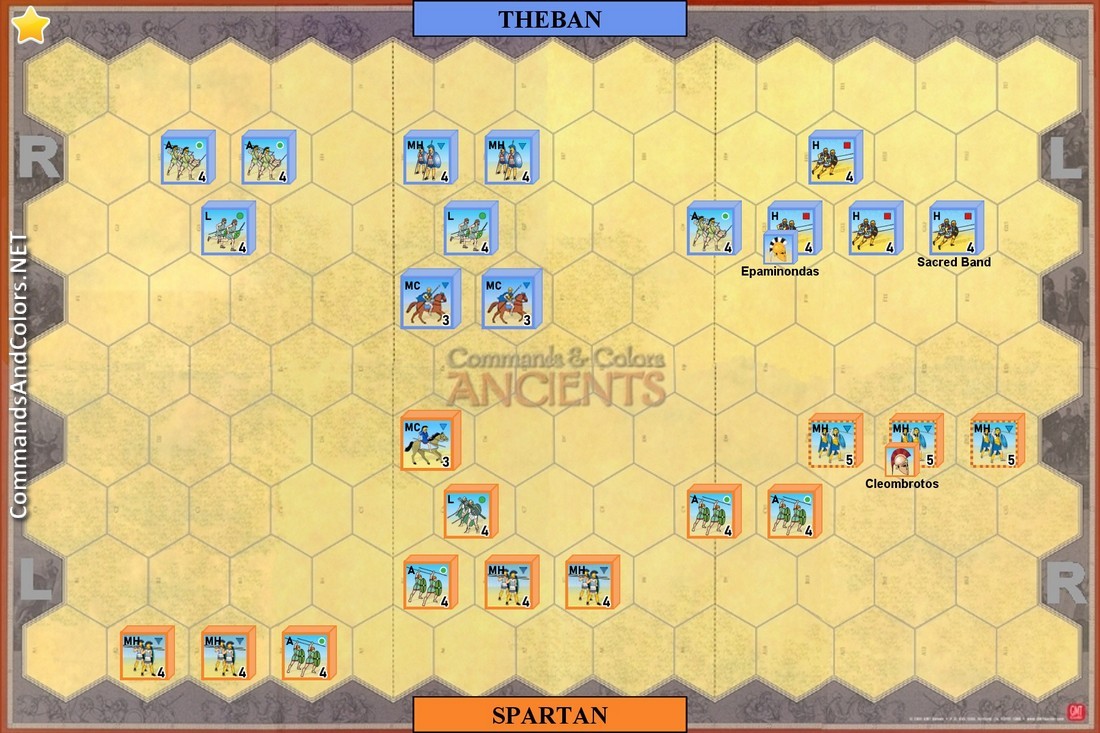 clavain replied the topic: #3936 3 months 4 weeks ago
Oops, ignore my comment above - wrong Leuctra scenario!
clavain replied the topic: #3935 3 months 4 weeks ago
Played twice with my usual opponent, Thebes wiped out the Spartan right 4-1 in the first match, second match was closer but 4-3 Thebes. Thought I had posted a more detailed write up on this last week when we played, but it seems to have not been saved. Basically despite losing the Sacred Band twice, the Theban heavy foot did the business while the cavalry skirmished. 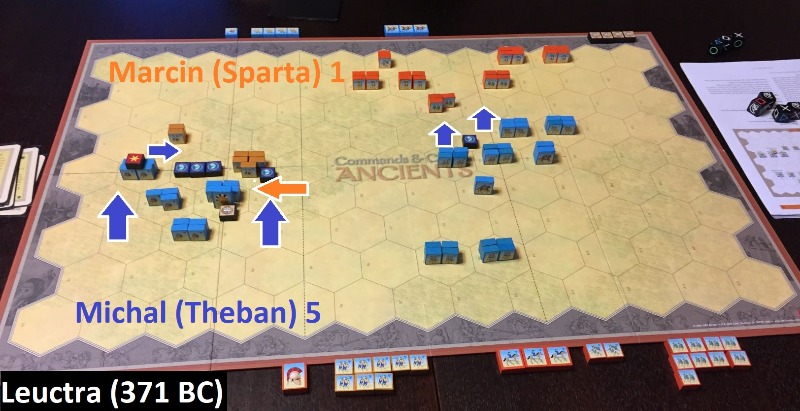