Historical Background
The Spartan commander at Lechaeum, honoring the tradition of the Amyclaeans in his army to return to their city of Amyclae to celebrate a religious festival, marched an escort force of Hoplites and cavalry past Corinth. After successfully leading his force well past the city of Corinth, the Spartan commander ordered his Hoplites to return to Lechaeum, while the cavalry continued on with the Amyclaeans. Iphicrates, who commanded the light troops in Corinth, seeing that the Spartan Hoplite force was unprotected by light infantry or cavalry, decided to attack the Spartans as they marched past the city. The Spartan commander ordered some of his men to charge the Athenians, but the slow heavily-armed Hoplites could not make contact. When the Spartans turned to return to their lines, the Athenian lights fell upon them again flinging spears, and inflicting casualties. This process was repeated several times, with similar results. Unable to drive off the Athenians, the Spartans were forced back to the hills which proved to be a bitter blow to Spartan pride.
The stage is set. The battle lines are drawn and you are in command. Can you change history? 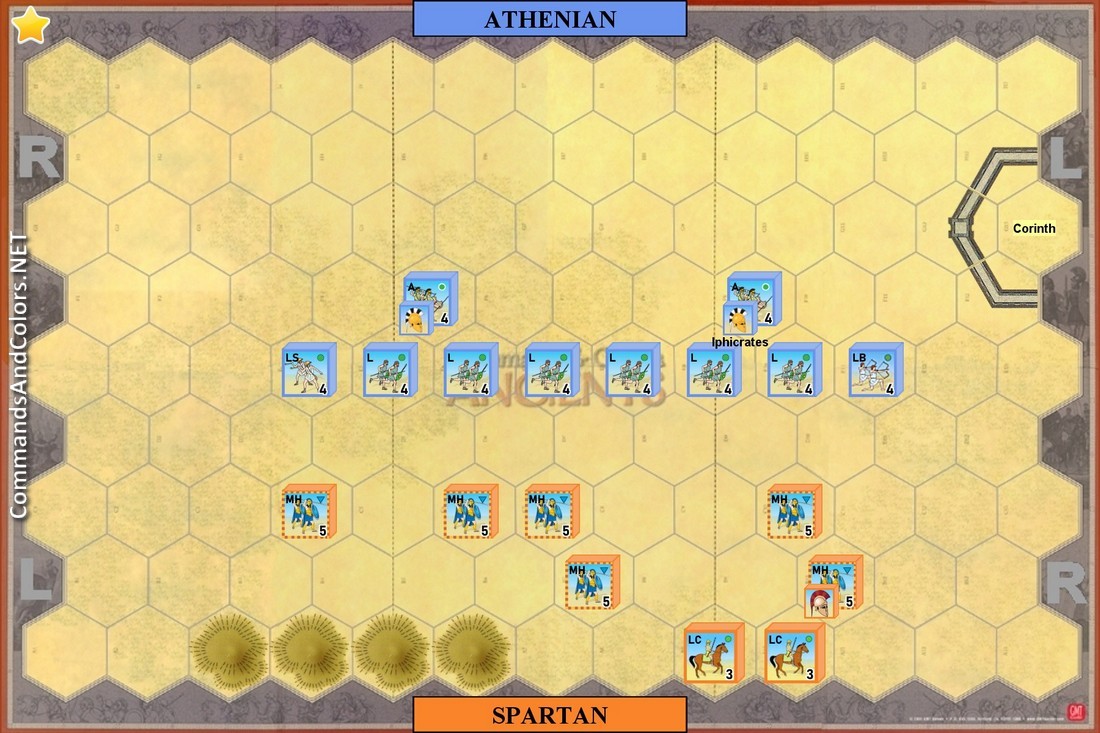 • Corinth is a Fortified Walled City. The city walls are impassable except at the city gate. 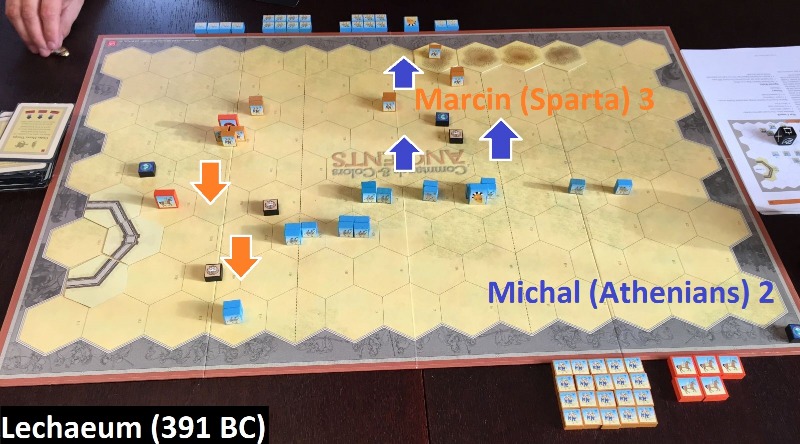 That was interesting, 3 block battle, with heavy units on Spartan side and light on Athenian. It was long cat-and-mouse play, which ended in narrow Spartan victory.

Tomek replied the topic: #1343 9 years 4 months ago
Yesterday was my first battle of Lechaeum (solo) and it was a victory for Sparta but very close one. A great scenario that gives perfect opportunity to practice imbalanced combat light vs. heavy troops. Fortified Corinth adds to the tactics with its only city gate, giving strong defence position for the Athenians. I played the gate as scalable city wall, was it right?
Read More...