Historical Background
Thrasybulus and the Athenian exiles marched from Phyle to the port city of Piraeus. The next day, oligarchic forces under the command of Critias, one of the Thirty Tyrants, marched out to meet them. Thrasybulus had taken a defensive position on Mount Munychia, but when Critias men advanced towards the hill, the Athenian exiles charged down the hill and broke the oligarchic line of the Thirty before the Spartans could come forward. After the defeat, a new government was elected and the Thirty Tyrants fled to Eleusis.
The stage is set. The battle lines are drawn and you are in command. Can you change history? 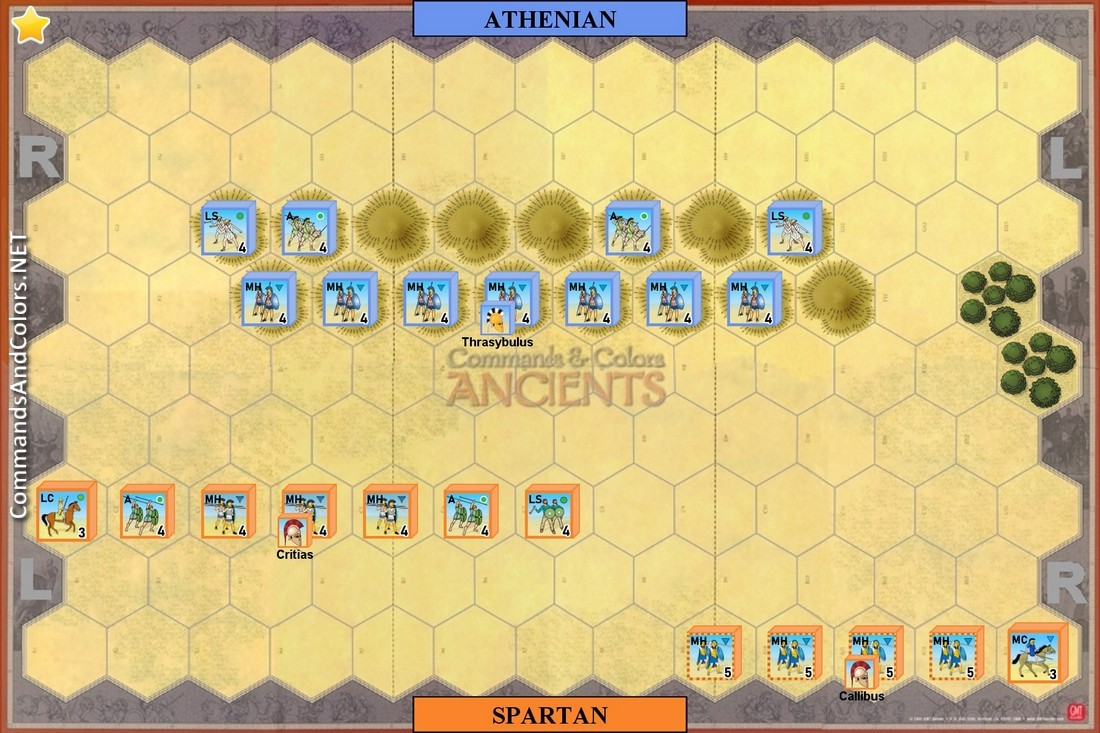 Played recently with stormwalker as part of Spartan Hegemony campaign (10 scenarios, so far 5 played).
Following exiles example, I charged downhill before Spartans can came with help. It definitely payed off!

Mark-McG replied the topic: #1364 8 years 8 months ago
Played this versus Todd as the Athenians, and a Order Medium and Mounted Charge card persuaded me to bring the Athenian Hoplites off the hills and take on the Spartan Allies before the Spartans could be brought up. Got horribly munched, somewhat by the dice, but I'm still convinced this was the right move for Athens. Sitting and waiting in the hills seems like a foolish strategy.
Read More...