Written by Greg Blanchett. Posted in The Spartan Hegemony (404-362 BC)

Historical Background
"Upon the death of Darius II, Artaxerxes II was confirmed as the next king of the Persian Empire. His younger brother Cyrus began recruiting an army. The two met near the village of Cunaxa, on the east bank of the Euphrates River, only a few miles from Babylon. Artaxerxes had a large number of scythed chariots with which he hoped to counter the weight of the Greek mercenary phalanx. The battle led off with a futile chariot charge against the Greeks, followed by Tissaphernes' cavalry who passed through the Greek lines and went on to plunder the Greek camp. The mercenaries then advanced and easily routed the remaining infantry. In the center, Cyrus supposedly killed the commander of Artaxerxes' guard, then wounded and unhorsed the King. At this moment of triumph, Cyrus was struck in the temple and topled from his horse. With the death of Cyrus, the rest of army broke and ran. The Greeks returned to their plundered camp assuming the battle had been won. They found out that Cyrus was dead the next day. Five generals and twenty captains were seized and executed by the Persians. Xenophon took command of the remaining 10000 and marched the roughly thousand miles back home." - taken from the Battles of the Achaemenidae module in C3I, copyright GMT Games and RBM Studios. 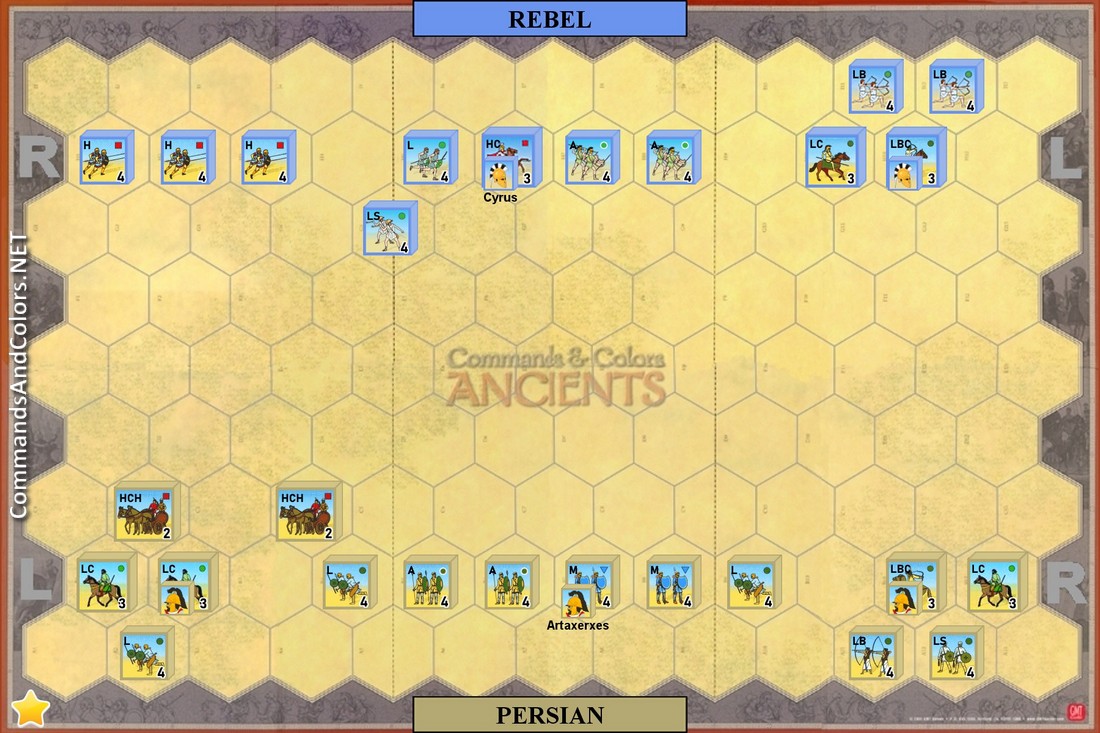