Historical Background
The audacious invasion of Africa by the Tyrant of Syracuse, Agathocles, had Carthage in serious trouble, but Carthaginian success in Sicily caused Agathocles to return there in 308BC, leaving his son Agatharcus in command of the troops in Africa. However, a series of crushing defeats in Africa forced Agathocles to return in 307BC in order to try and restore the crumbling Syracusan situation. Many of Agathocles' Libyan and Numidian allies were defecting from his army and so he determined to do battle with the Carthaginians before they all disappeared.
With Hanno dead and Bomilcar killed in an abortive coup attempt, Himilco had been put in charge of the Carthaginian army. This still consisted of many African levies plus the Sacred Band, but now also included a substantial force of Greek mercenary heavy infantry and a unit of cavalry led by Clinon. The two armies met on an open plain before the Carthaginian camp. Himilco concentrated his attack on the Syracusan centre where he was successful after a furious clash of the heavy infantry. With his army defeated, and with even more African allies deserting, Agathocles abandoned his troops and fled to Sicily never to return to Africa. Carthage would not be threatened again until the 1st Punic War.
The stage is set. The battle lines are drawn and you are in command. The rest is history. 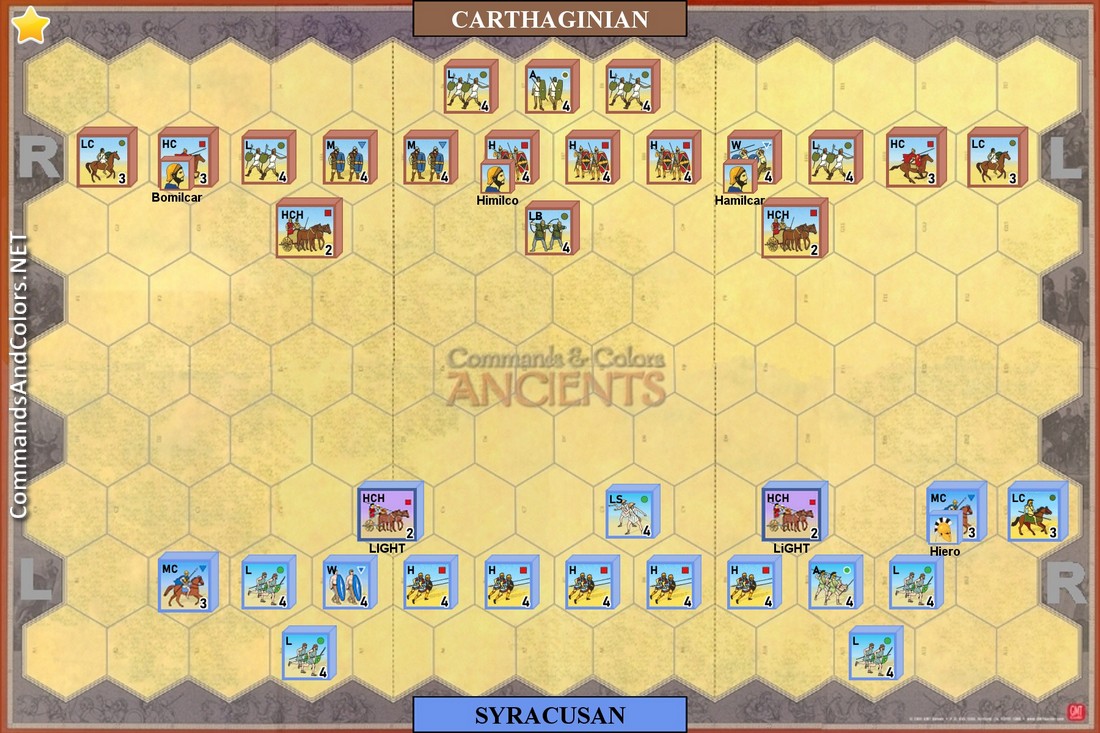 Special Rules
Chariots used by both sides were of the light variety. Therefore, treat all chariots in the game as "Light Chariots".

LeonardoAngelo replied the topic: #2194 4 years 7 months ago
the description is now corrected. Thank you

LeonardoAngelo replied the topic: #1894 5 years 4 months ago
the description does not match. The text of the battle of Cabala
Read More...