Historical Background
"The two armies met on an open plain near the town of Cabala in central Sicily. Mago attempted to crush the Syracusan army with his much larger force. While holding off the Carthaginian cavalry, Dionysius led his hoplite phalanx forward to smash into the Punic center. At this point, Mago, attempting to stabilize the line, was slain in fierce combat. The loss of their commander led to dissolution of the Carthaginian army. Dionysius had won a resounding victory over the more lightly armed Punic host. The Carthaginians requested the standard truce of three days to recover their dead, and then instead carried out a rapid retreat by night. As it turned out, the Punic army was defeated, but not destroyed." - taken from GBoH Tyrant module, copyright GMT Games.
The stage is set. The battle lines are drawn and you are in command. The rest is history. 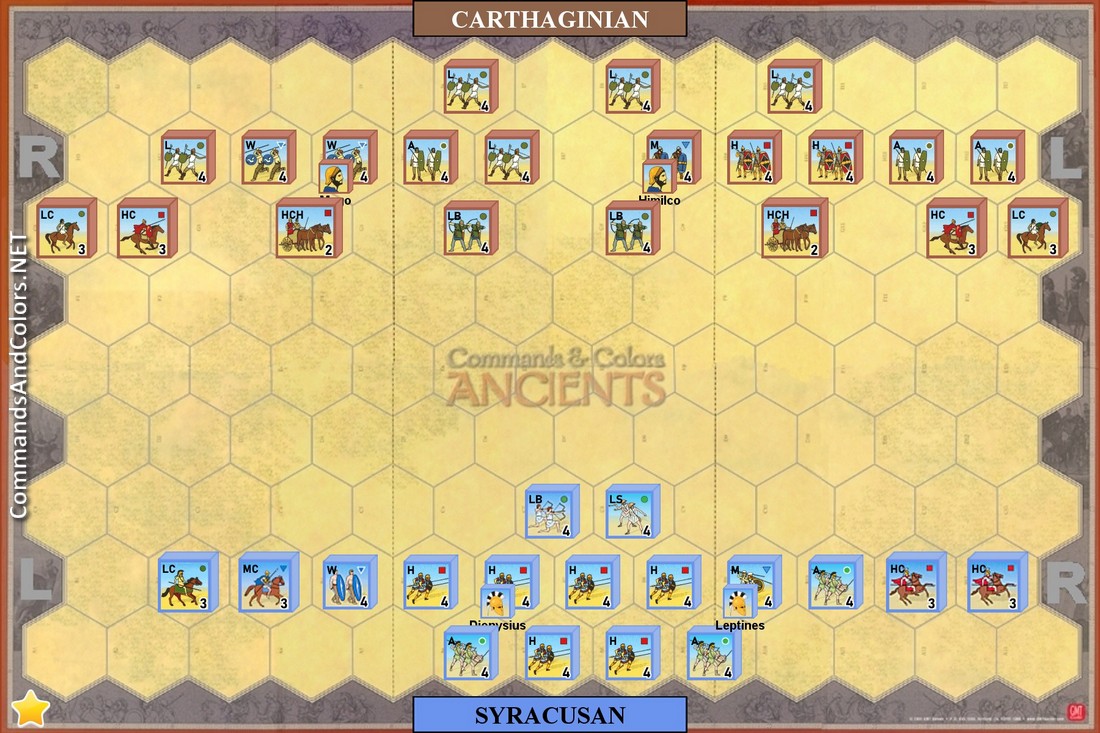 Special Rules
Designate the leader, Mago, with a Special Unit marker. Treat him as a normal leader for play purposes, the marker is for Victory conditions only.

Chariots used in this battle were of the light variety. Therefore, treat all chariots in game as "light chariots".

Syracusan player uses Greek (blue) blocks and gets one Roman (grey) Heavy Cavalry unit to use.