Historical Background
Hannibal, grandson of Hamilcar, wished to avenge his grandfathers death and defeat at the first Battle of Himera. He embarked on a campaign in Sicily during which he destroyed a number of Greek cities and finally laid siege to Himera.
Diocles, with Syracusan and Akragan hoplites, reinforced the Himeran garrison. Diocles sortied from Himera and atacked at dawn. He initially took the Carthaginian observation troops by surprise, but Hannibals main army in the hill camp had time to form up and counterattack and they drove the Greeks back into Himera. Diocles abandoned the city and its Himeran garrison, who were overrun by Himilco's men. Himilco had the 3000 Himeran troops sacrificed to avange his fathers death and returned to Carthage triumphant.
The stage is set. The battle lines are drawn and you are in command. The rest is history. 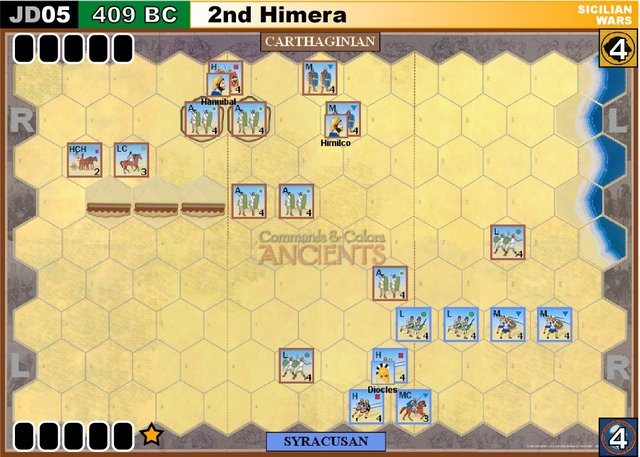