Historical Background
In 410 BC, Carthage invaded Greek Sicily, ending seventy years of peace. In the turmoil surrounding the Punic invasion, Dionysius I was able to establish a tyranny in Syracuse in 405. Dionysius initiated a series of wars against Carthage and neighboring Greek cities. In 377 Dionysius won a crushing victory at Cabala, capturing 5,000 men and killing over 10,000, including the Carthaginian general Mago. His son, Himilco, rebuilt the Punic army and sought a re-match at Cronium in 376 with his army of over 30,000 foot and 4000 horse. Dionysius was confident that his army, of about the same size,  would easily defeat this Punic army a second time. Dionysius commanded his Greek mercenaries in the center, his brother Leptines led the Syracusans on the right, while the left was held by allied Greeks and Gauls. Himilco formed his center with Libyan levies, placing heavier Greek and barbarian mercenaries on the wings. Dionysius drove back the Punic center, but Leptines was killed during his assault, and the Syracusan right wing buckled. Himilco's mercenaries also broke the Greek left. As both wings collapsed, the Syracusan center was enveloped and a great slaughter commenced. Himilco had won an unexpected victory, avenged his father’s death and forced Dionysius to sue for peace. Cronium was the greatest open field Punic victory in three centuries of combat with Syracuse.
The stage is set. The battle lines are drawn and you are in command. The rest is history. 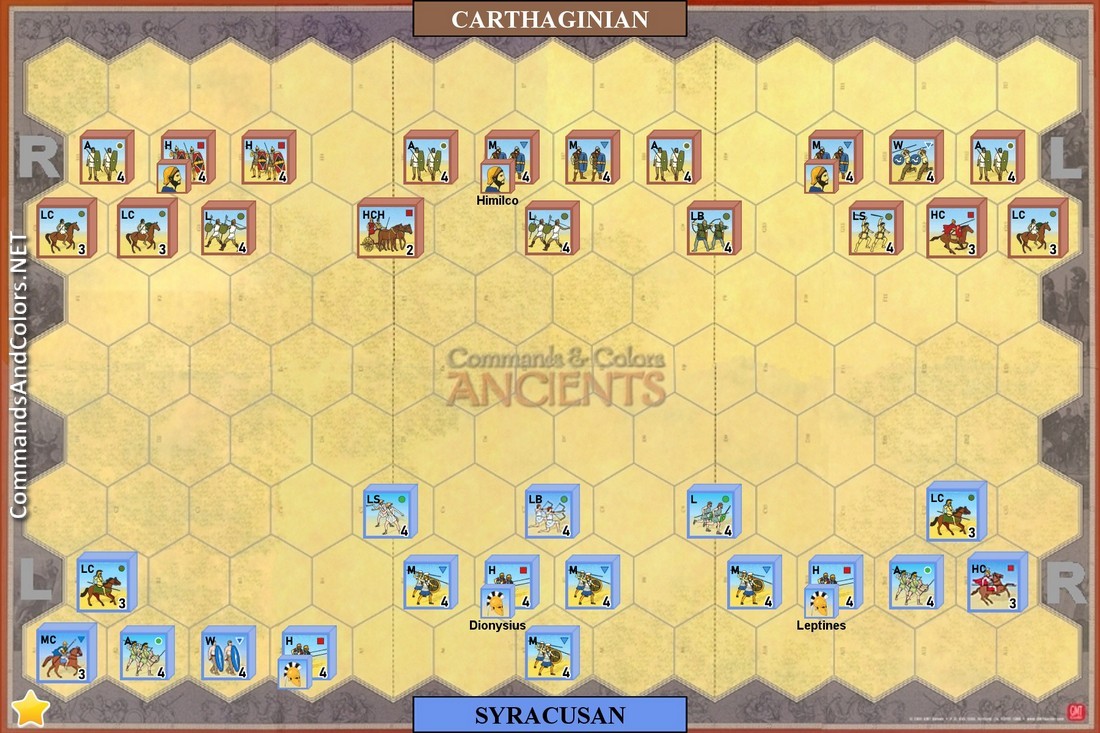 mk20336 replied the topic: #1480 6 years 11 months ago
This was in Bonus Scenario 3-Pack (These are the bonus scenarios originally available only to those who ordered via P500)