Historical Background
Timoleon was a champion of democracy. After his victory at the Crimissos River he attempted to stamp out tyranny by turning on his former allies, Hicetus the Tyrant of Leontoni and Mamercus the Tyrant of Catana.
Timoleon defeated Hicetas at the Battle of Damurias River and had him executed. Mamercus turned for help to his former Carthaginian enemies, and Gisco, eager to stir up trouble amoungst the Sicilian Greeks, sent him some troops. The two armies met near the Abolus river where Timoleon was victorious. Mamercus was eventually captured and crucified.
The stage is set. The battle lines are drawn and you are in command. Can you change history? 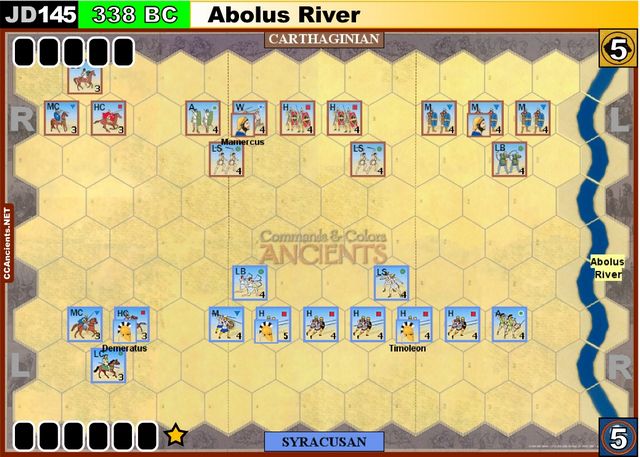