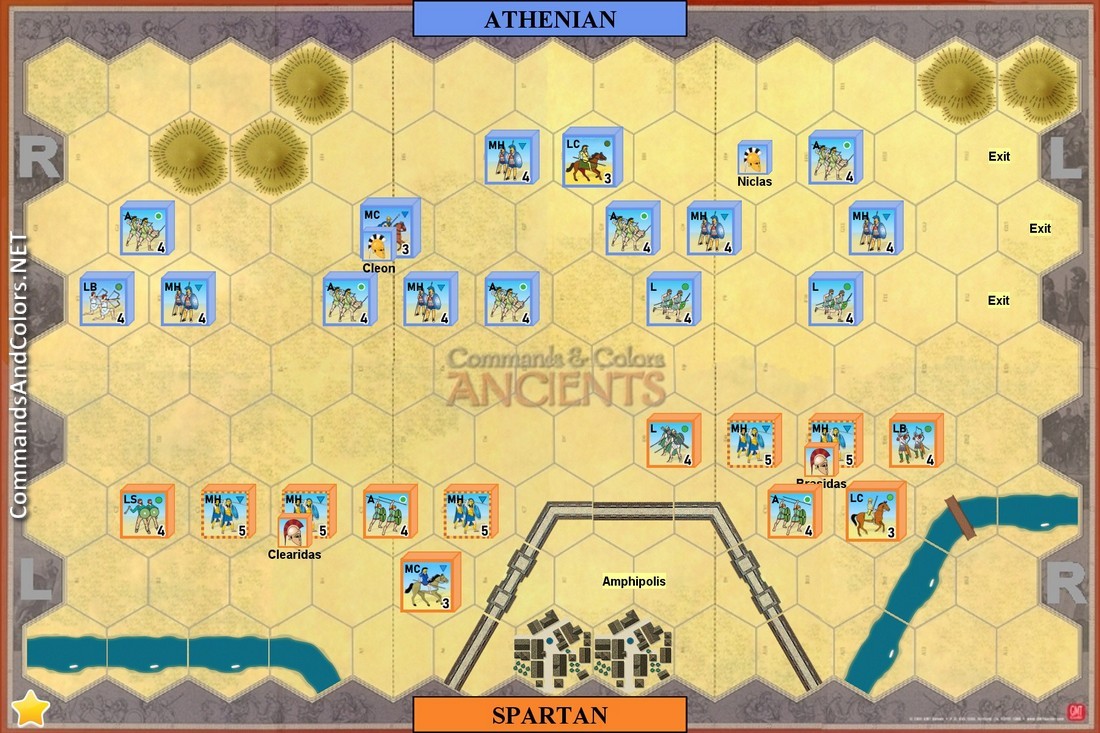 g1ul10 replied the topic: #2267 4 years 10 months ago
Played yesterday for a 6 to 5 Athenian victory. This seems to be a fast scenario in which Athenians rush to leave the map and Spartans rush to engage the Athenian before they do so. Athenian troops are not so weak however and they can take their toll on Spartan exposed units. As in any "racing" scenario, the overall game seems very much affected by the initial hand of cards.
Read More...